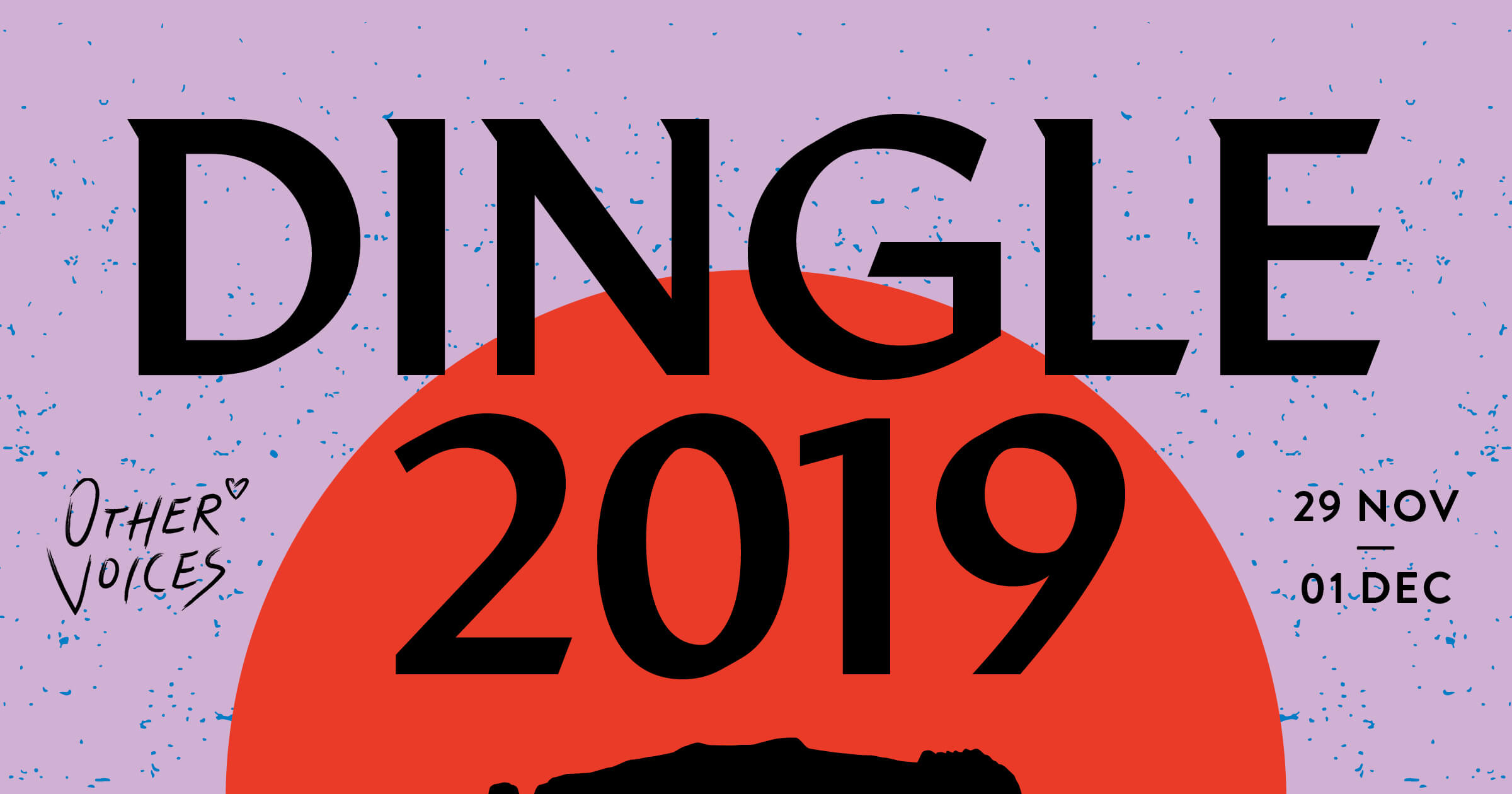 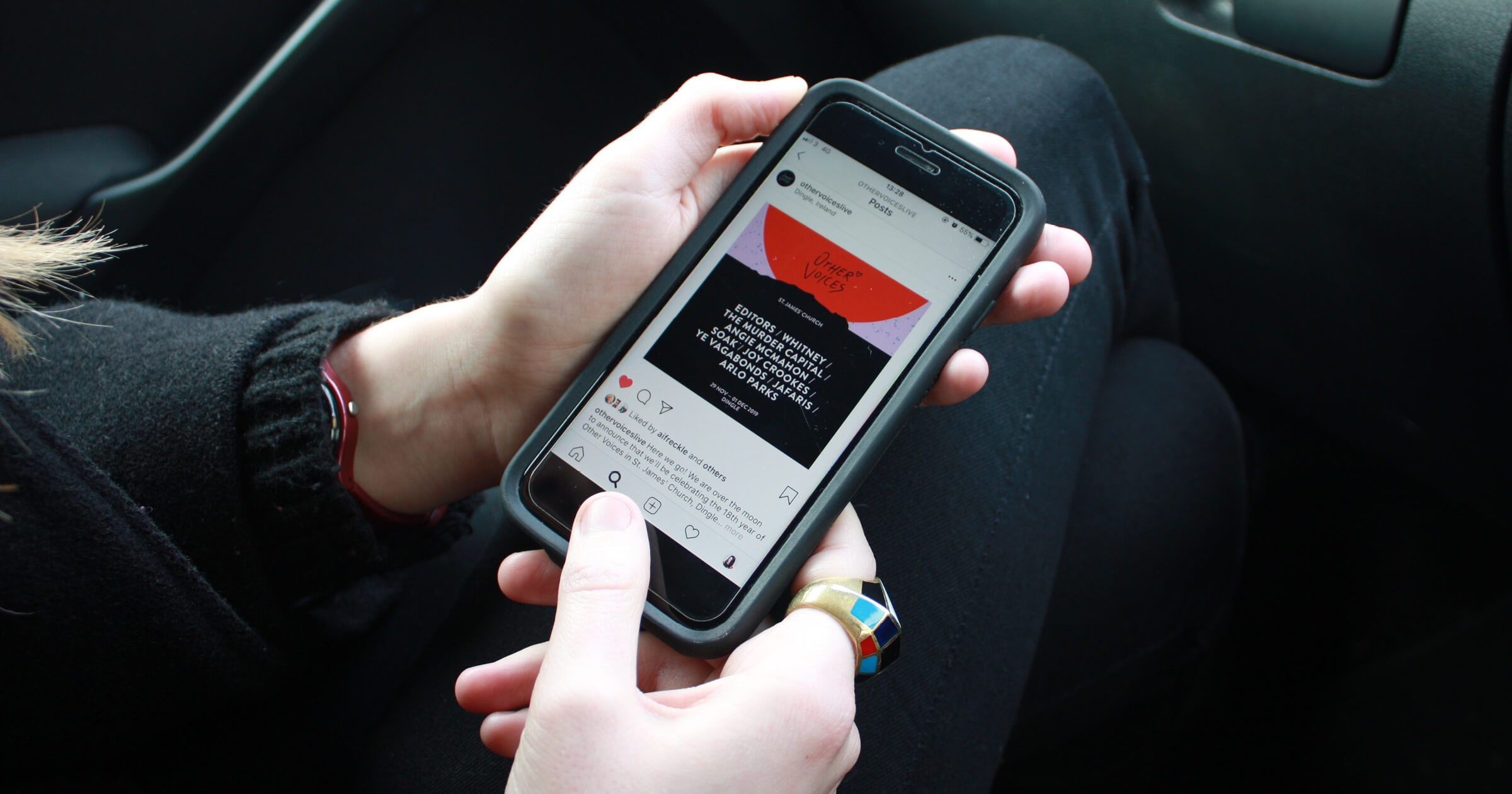 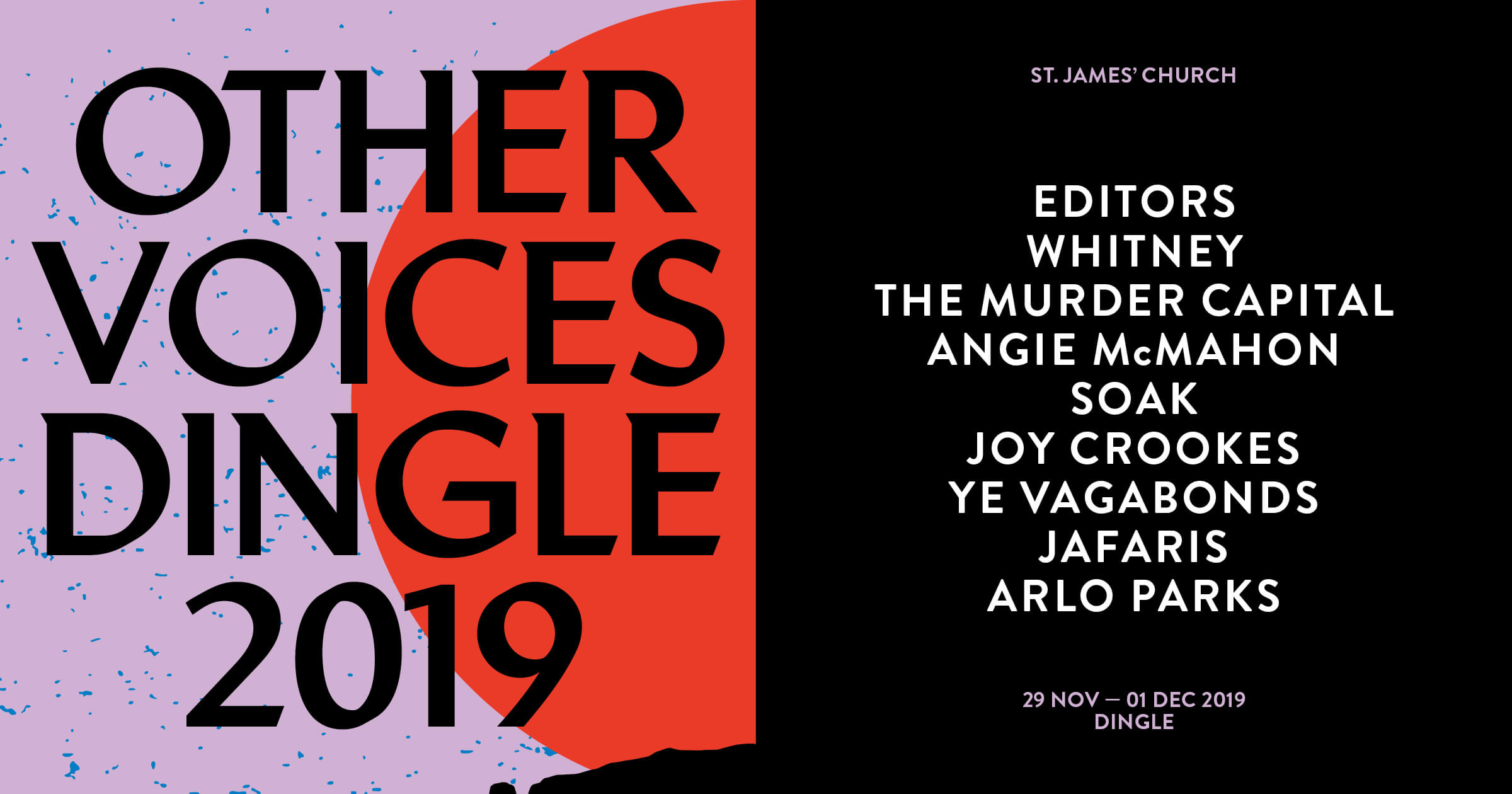 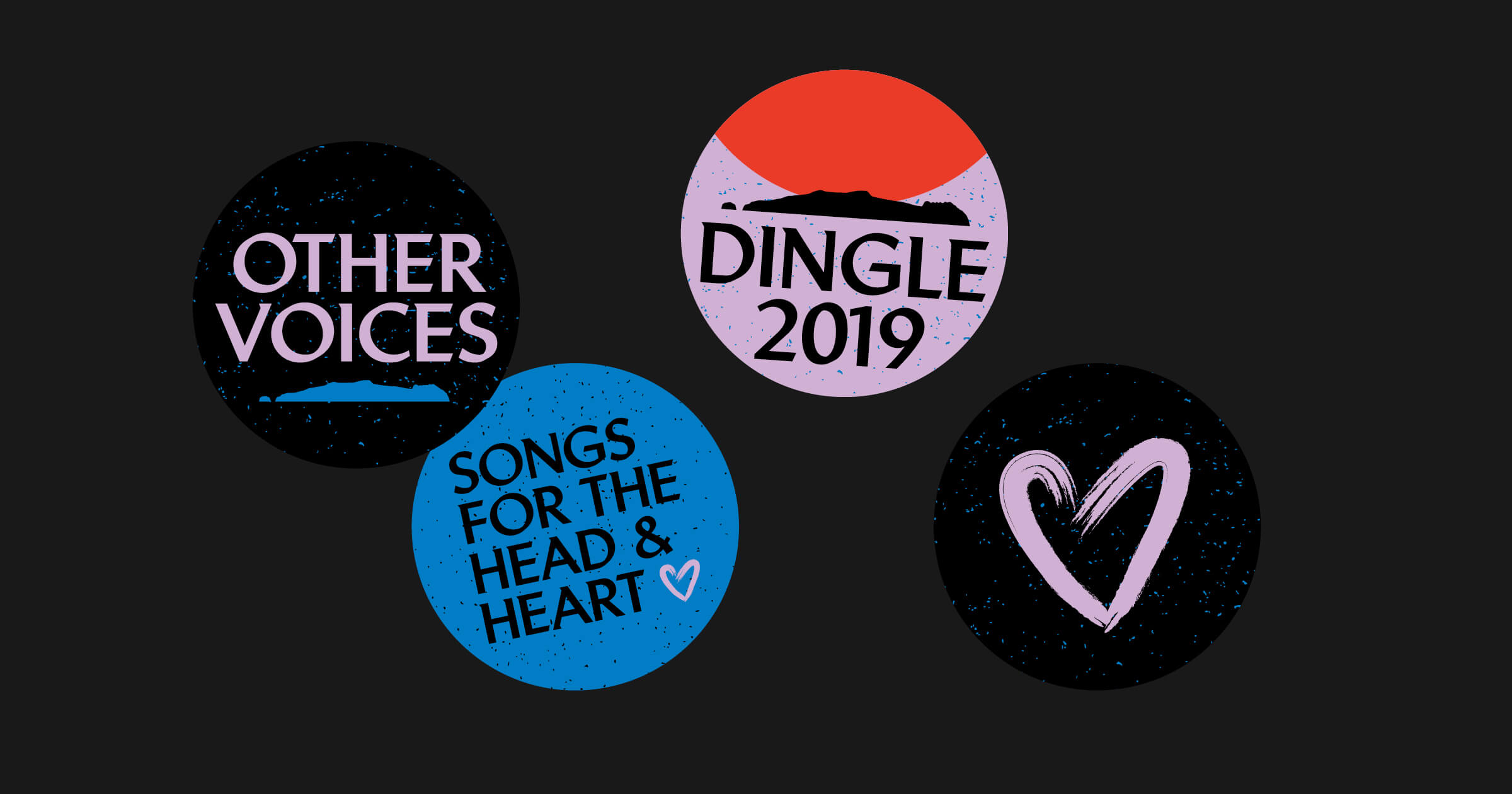 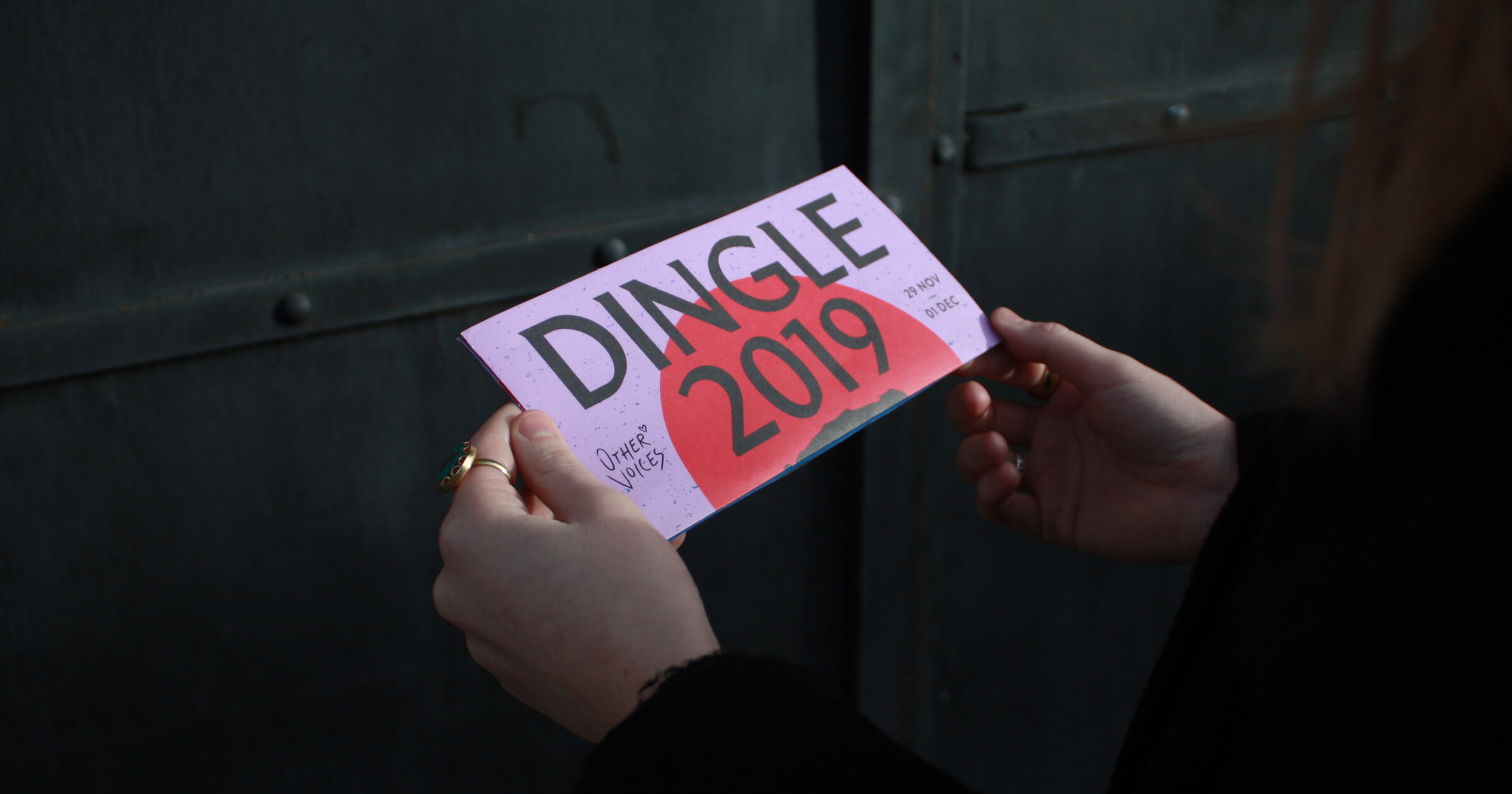 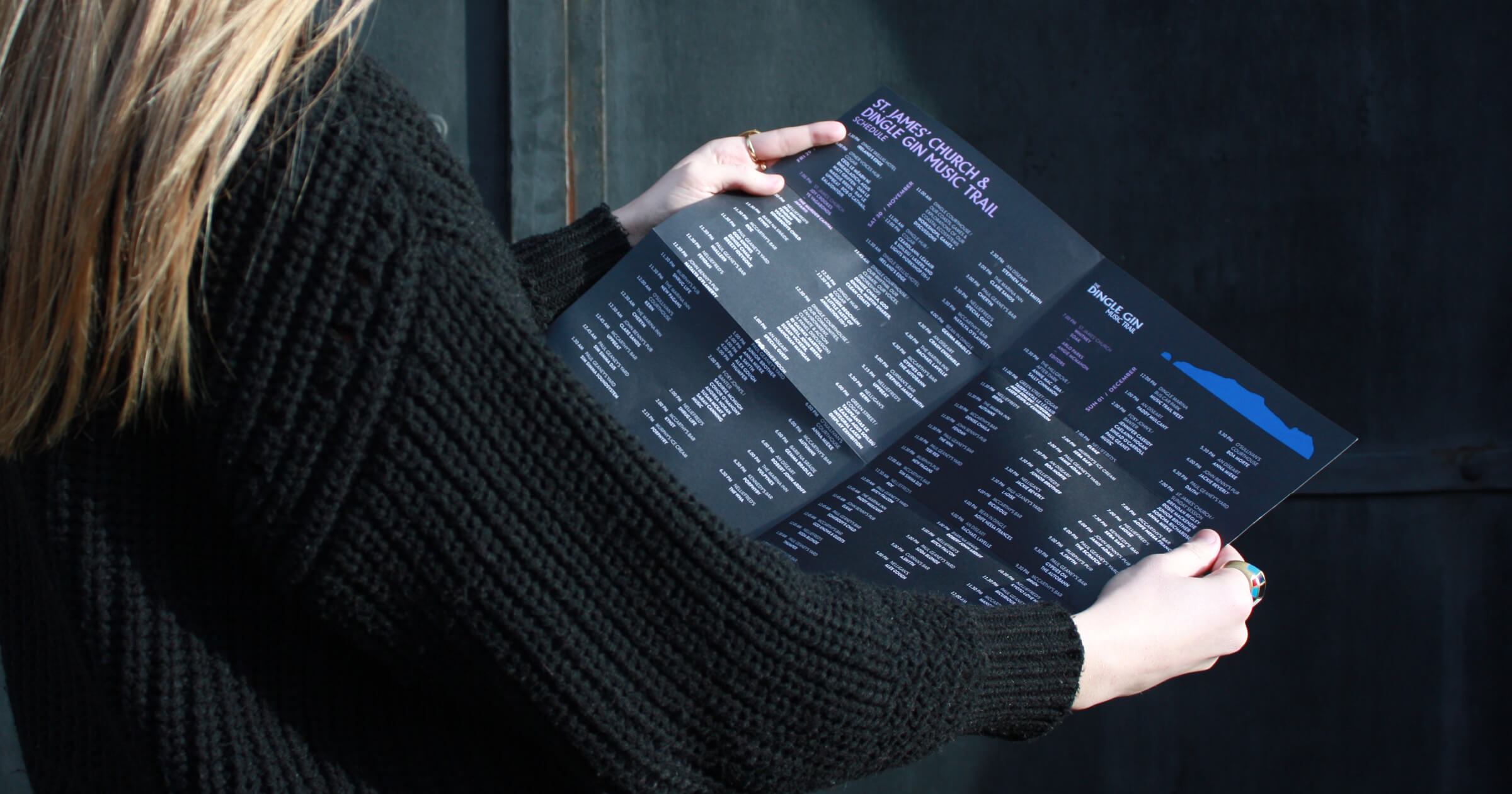 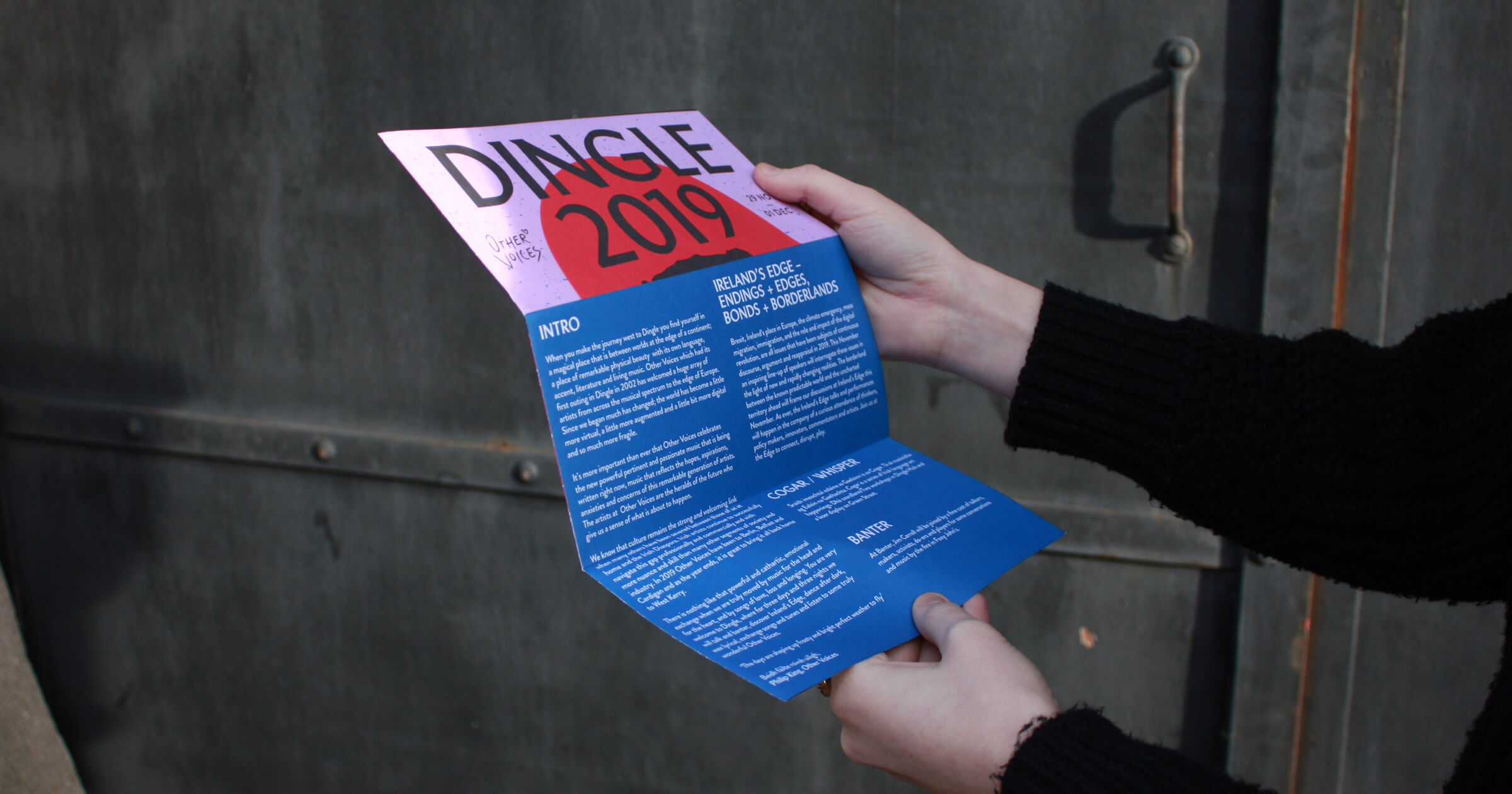 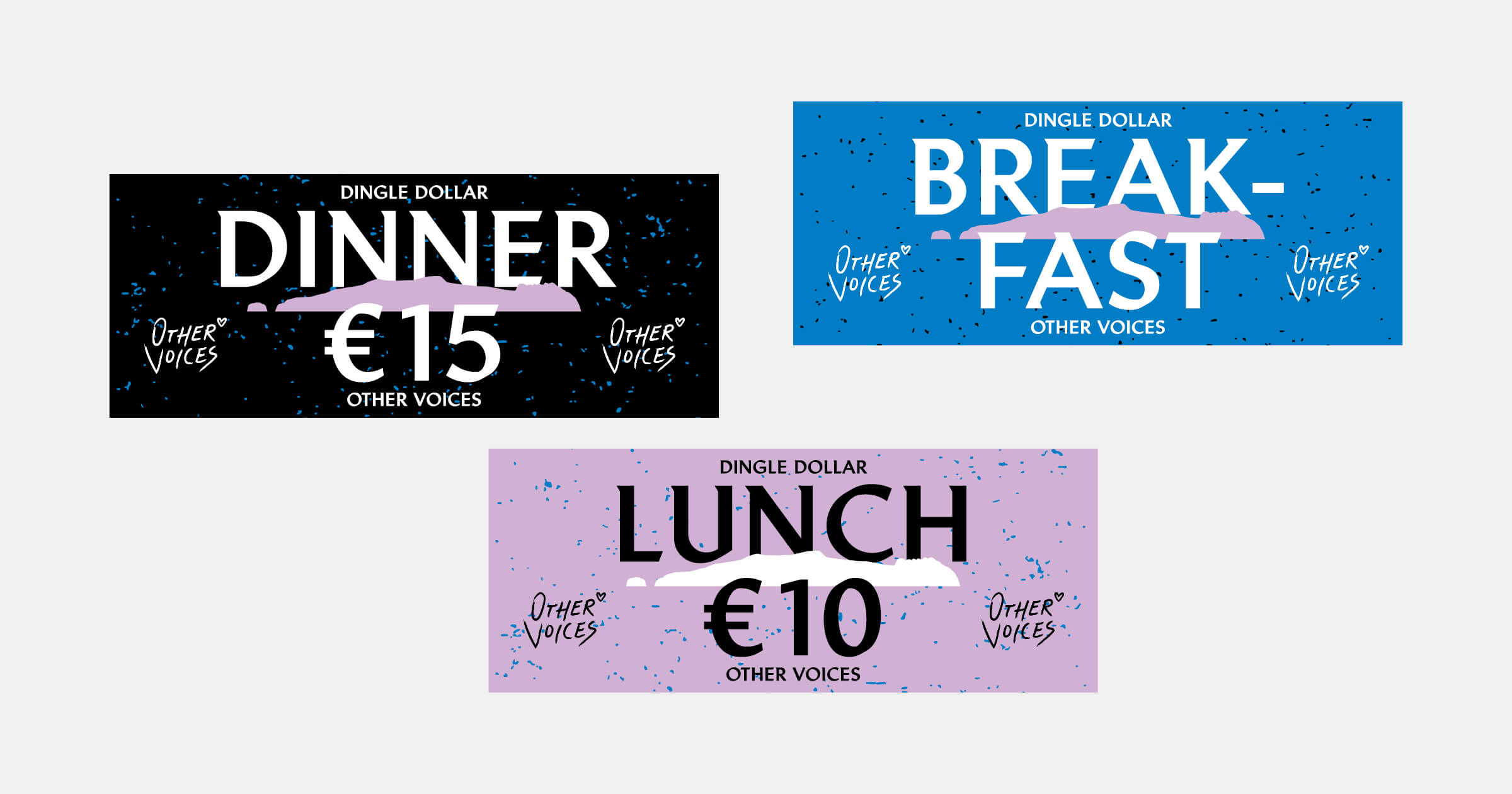 Other Voices is a music and arts festival. It encompasses a music and spoken word trail, an exhibition, a series of discussions, as well as the recording of a music TV series during the weekend. The festival is held each December in the remote village of Dingle on the Atlantic coast of Ireland. The journey to the festival during the winter, a sense of getting away and being remote, excitement of seeing new things, hearing new music, gaining new ideas and experiences are all part of the sell of the festival. The design acknowledged this in it’s illustration of place (a nearby island) and colour palette. I created an identity that consisted of a moon/sun shape, the illustrated island, a flecked background, a limited colour palette, large title typography. As there are many events happening as part of the festival a lot of announcement images need to be made. To use the same image would become repetitive and dissuade the viewer from interacting with the text. The idea was that each announcement image could take these elements and created an individual image, but overall it looked part of the one identity. A whole range of assets were required for the festival including: posters, passes, social media images, announcement adverts, maps + schedule, stickers and merchandise.