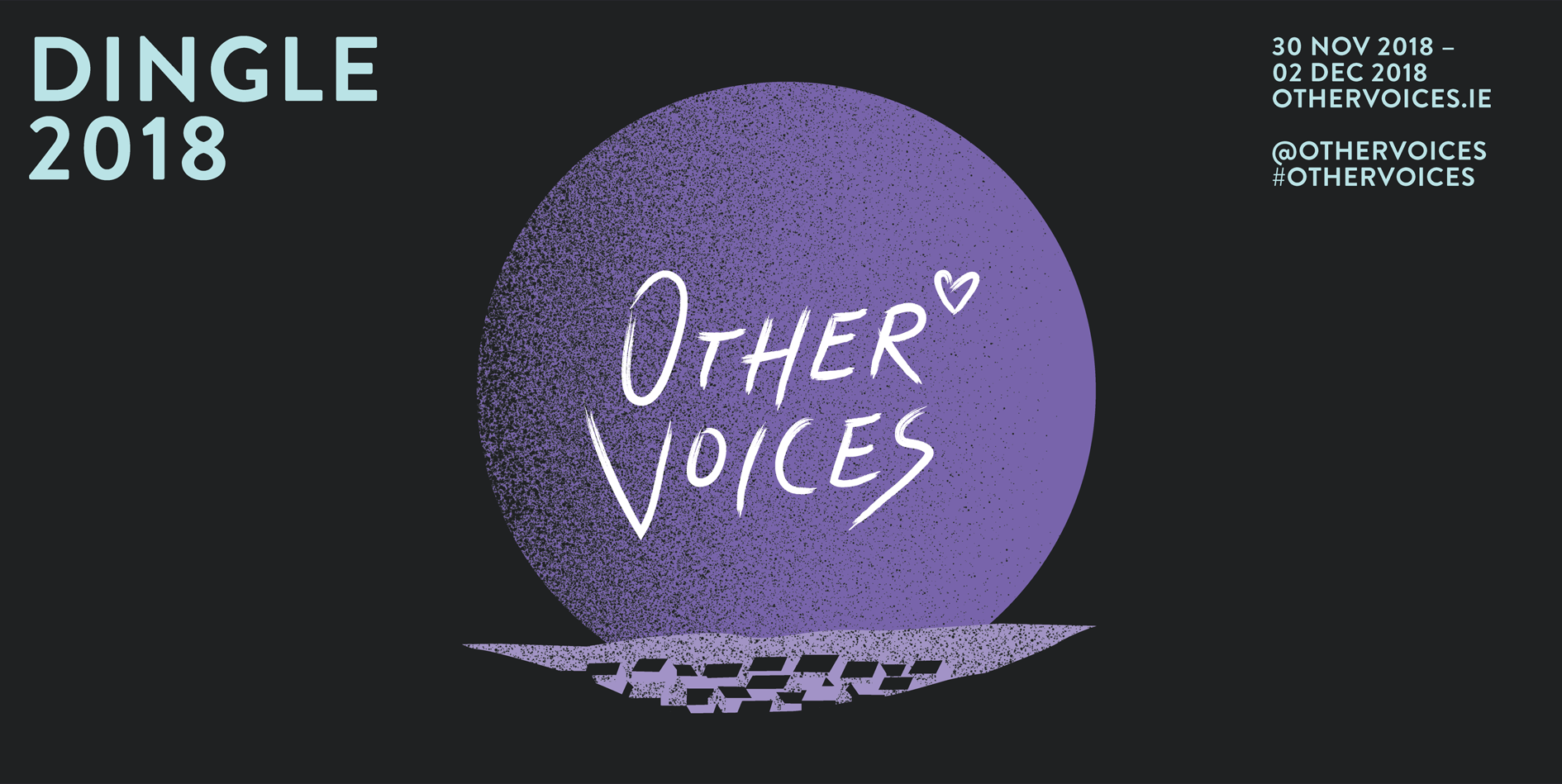 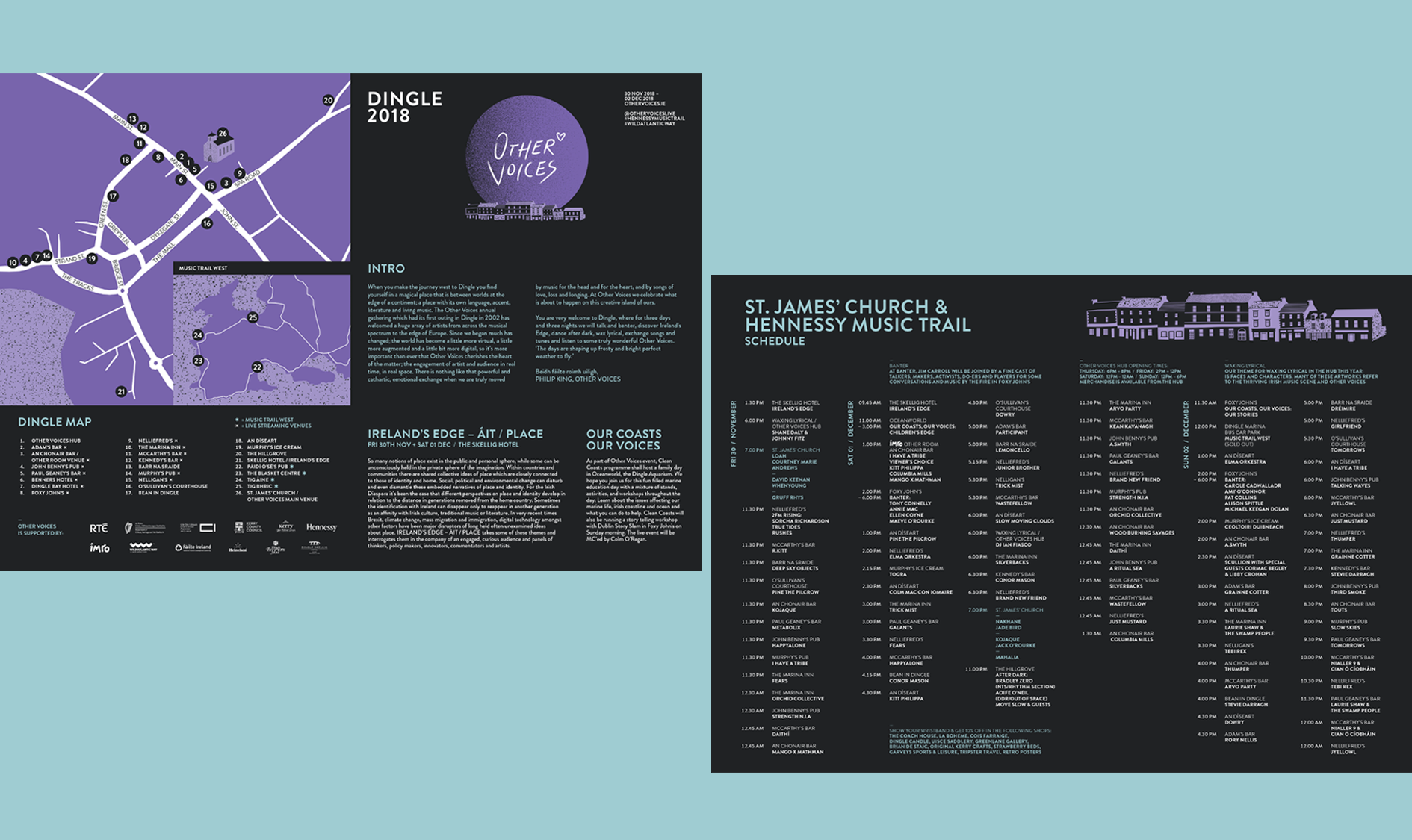 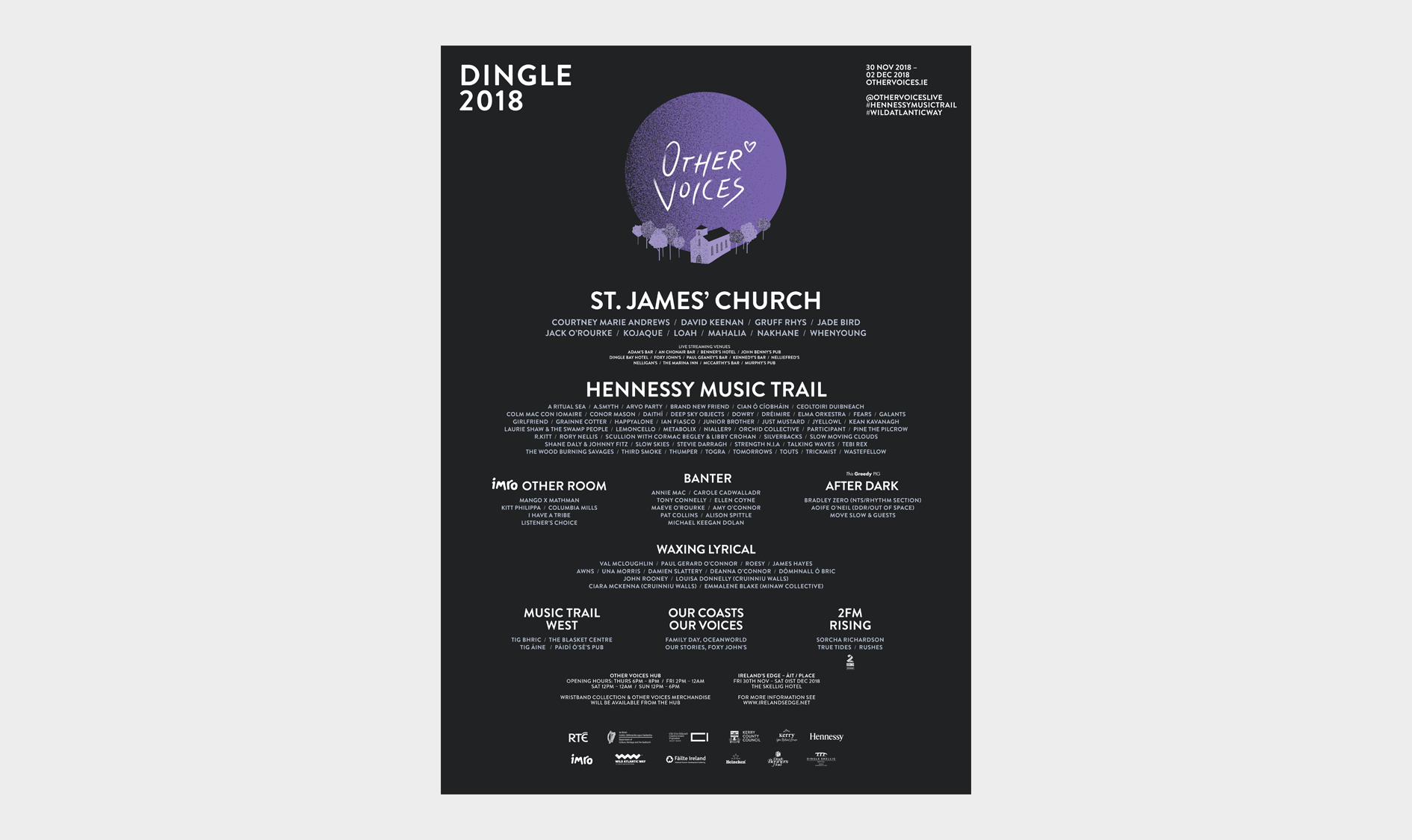 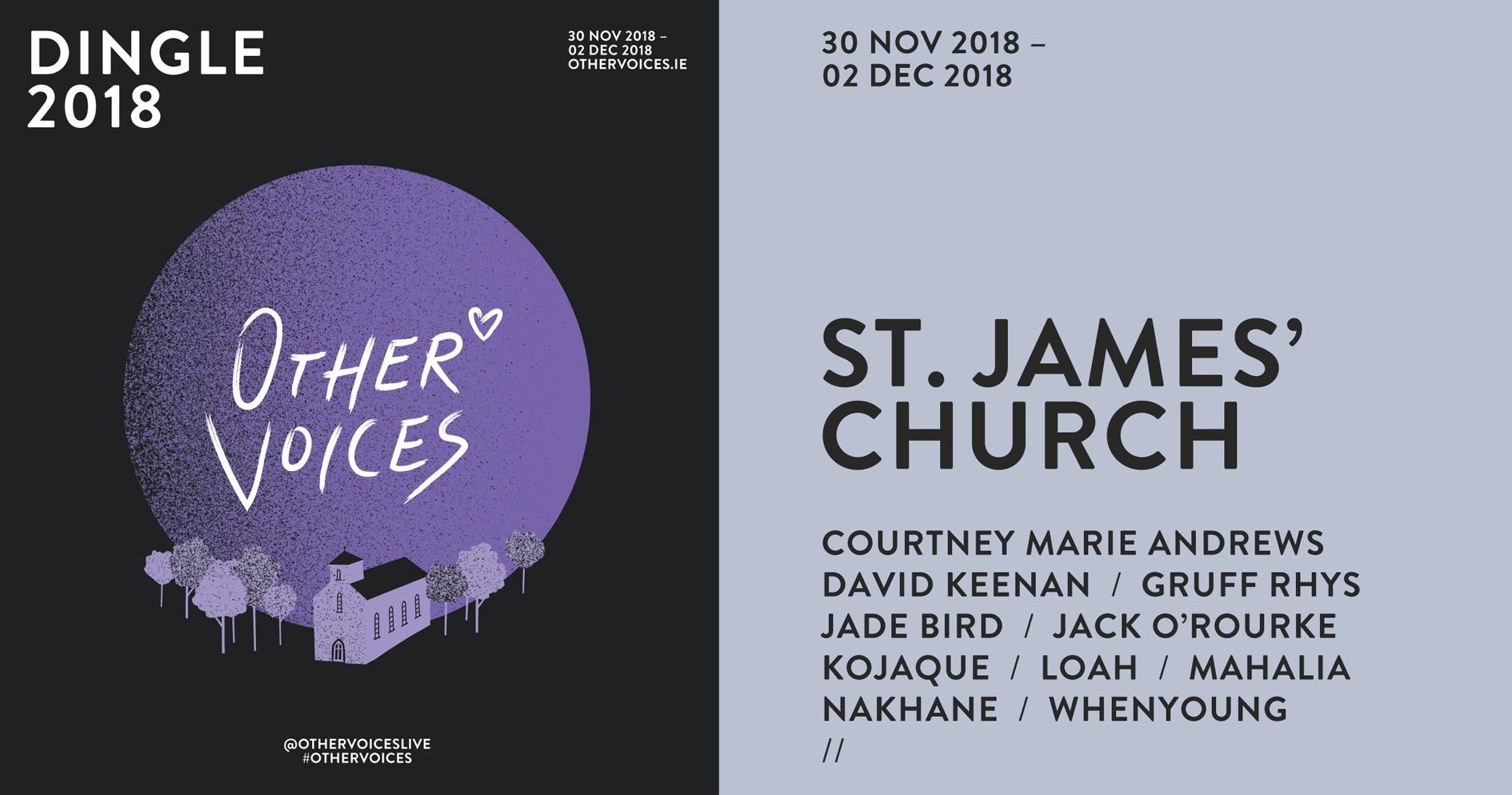 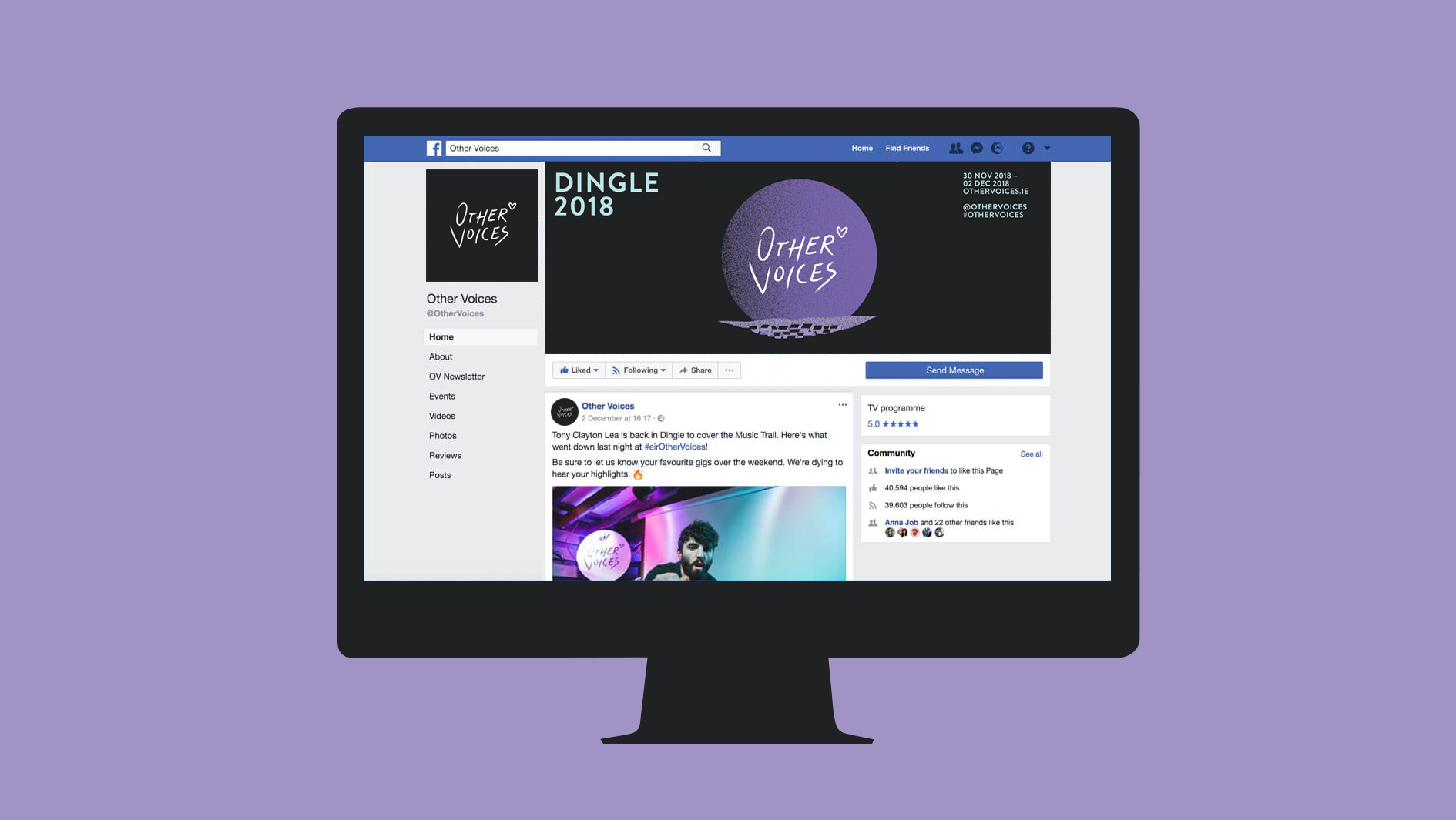 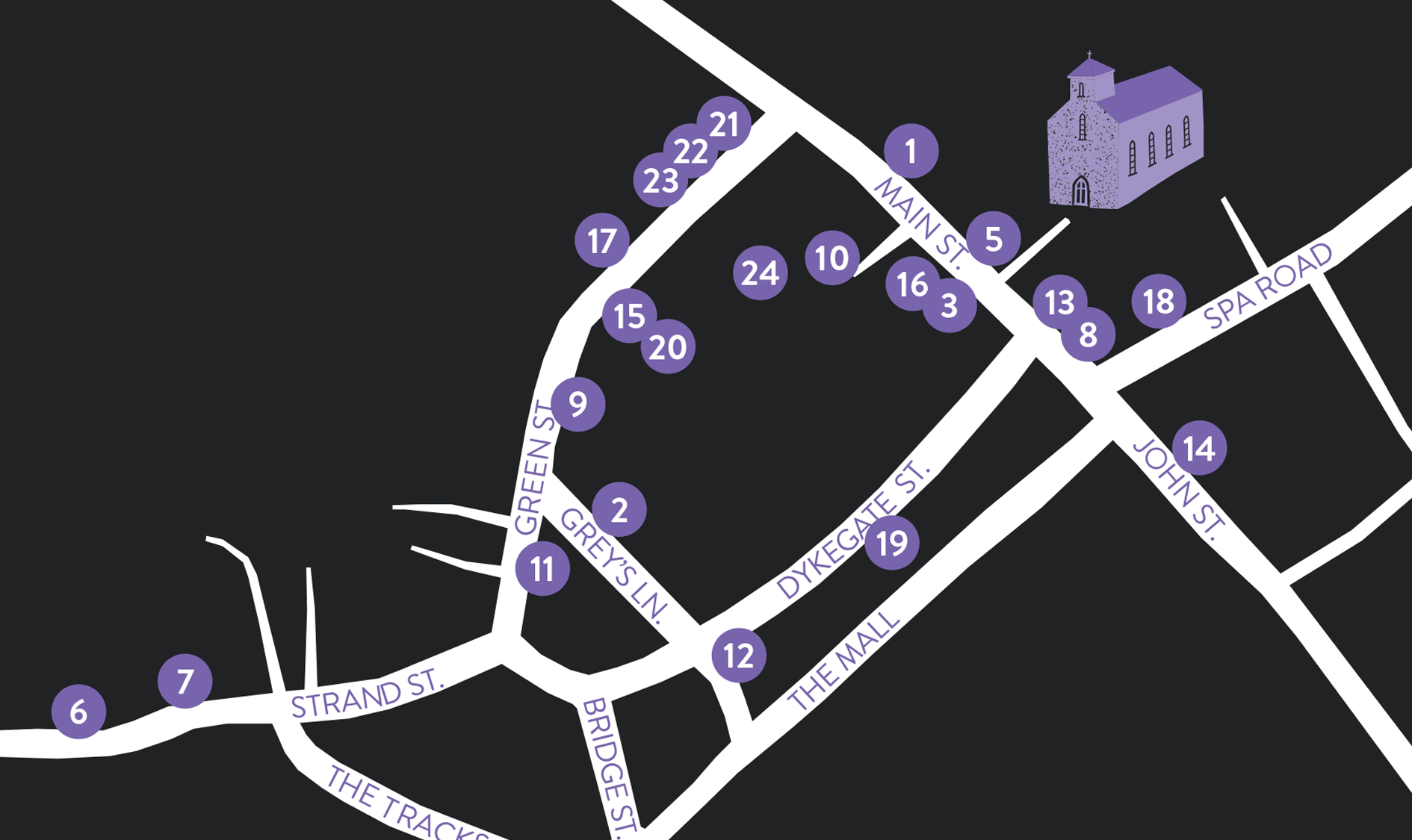 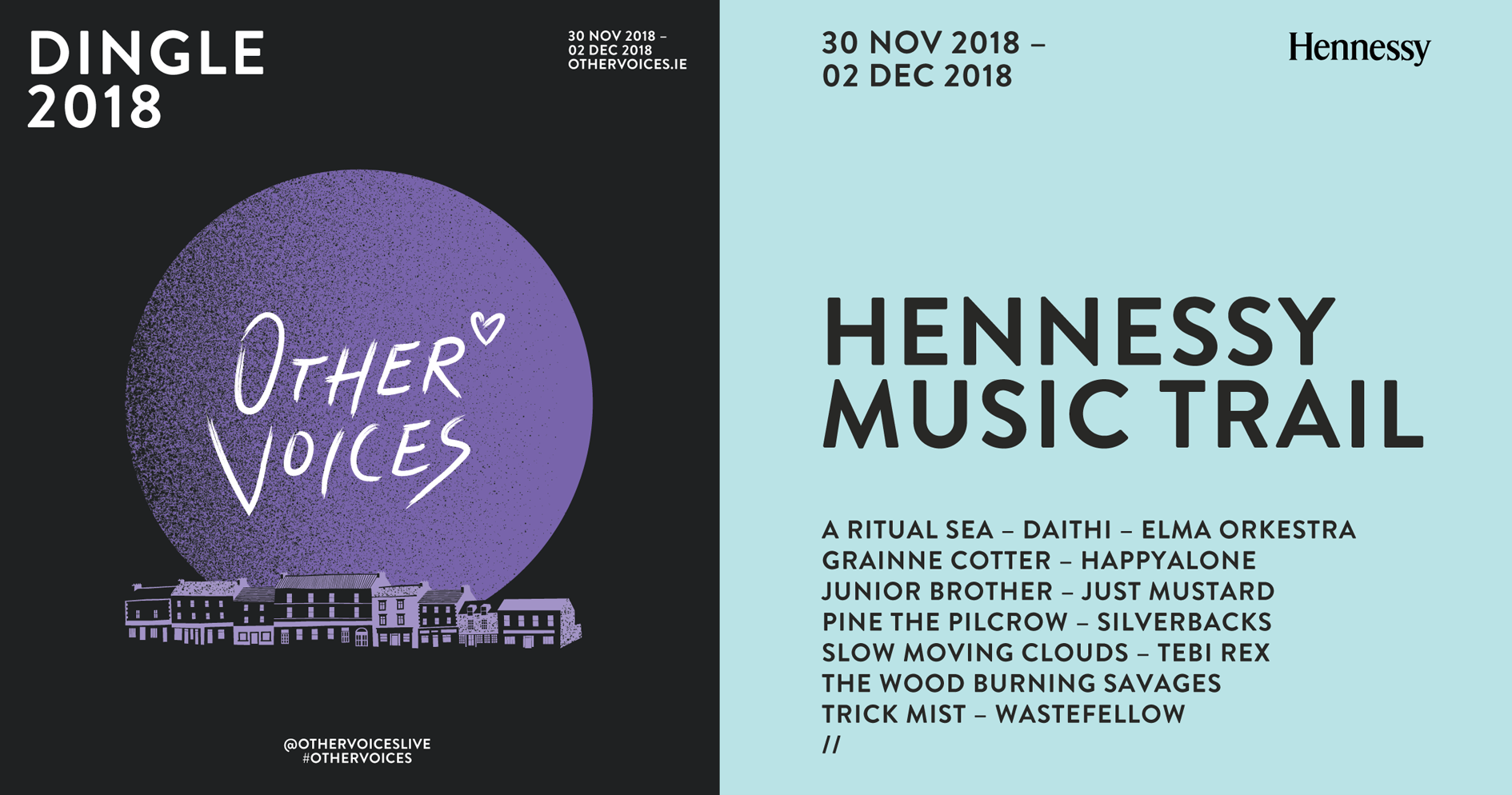 Other Voices is a music and arts festival. It encompasses a music and spoken word trail, an exhibition, a series of discussions, as well as the recording of a music TV series during the weekend. The festival is held each December in the remote village of Dingle on the Atlantic coast of Ireland. The journey to the festival during the winter, a sense of getting away and being remote, excitement of seeing new things, hearing new music, gaining new ideas and experiences are all part of the sell of the festival. The design acknowledged this in it’s illustration and colour palette. The series of illustrations created were used to represent the different strands of the festival. They were of places and imagery associated with Dingle: the harbour, town, mountains and islands. The colours used were chosen to convey the winter feeling but also the excitement of the new. A whole range of assets were required for the festival including: posters, passes, social media images, announcement adverts, maps + schedule, wrist bands and merchandise.