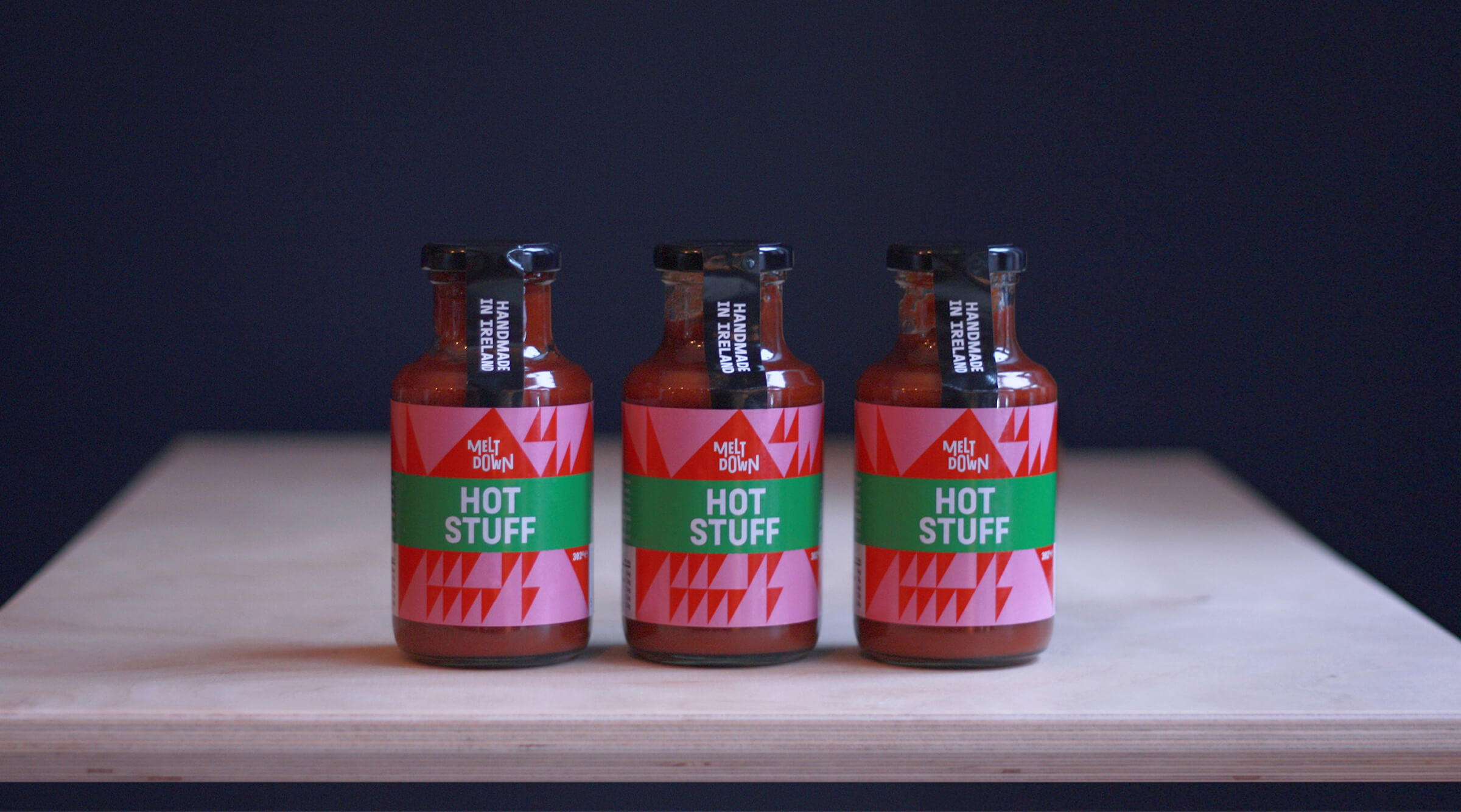 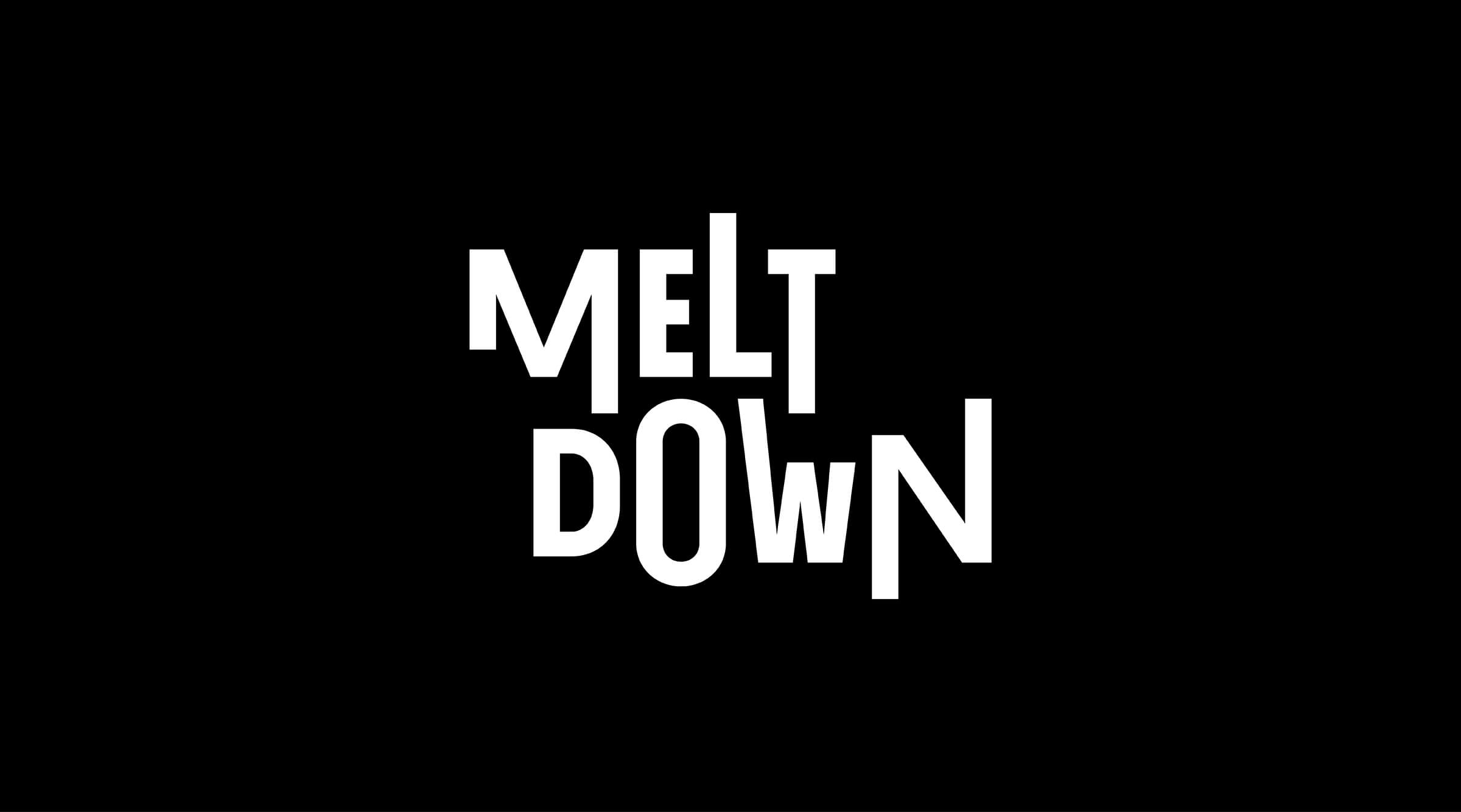 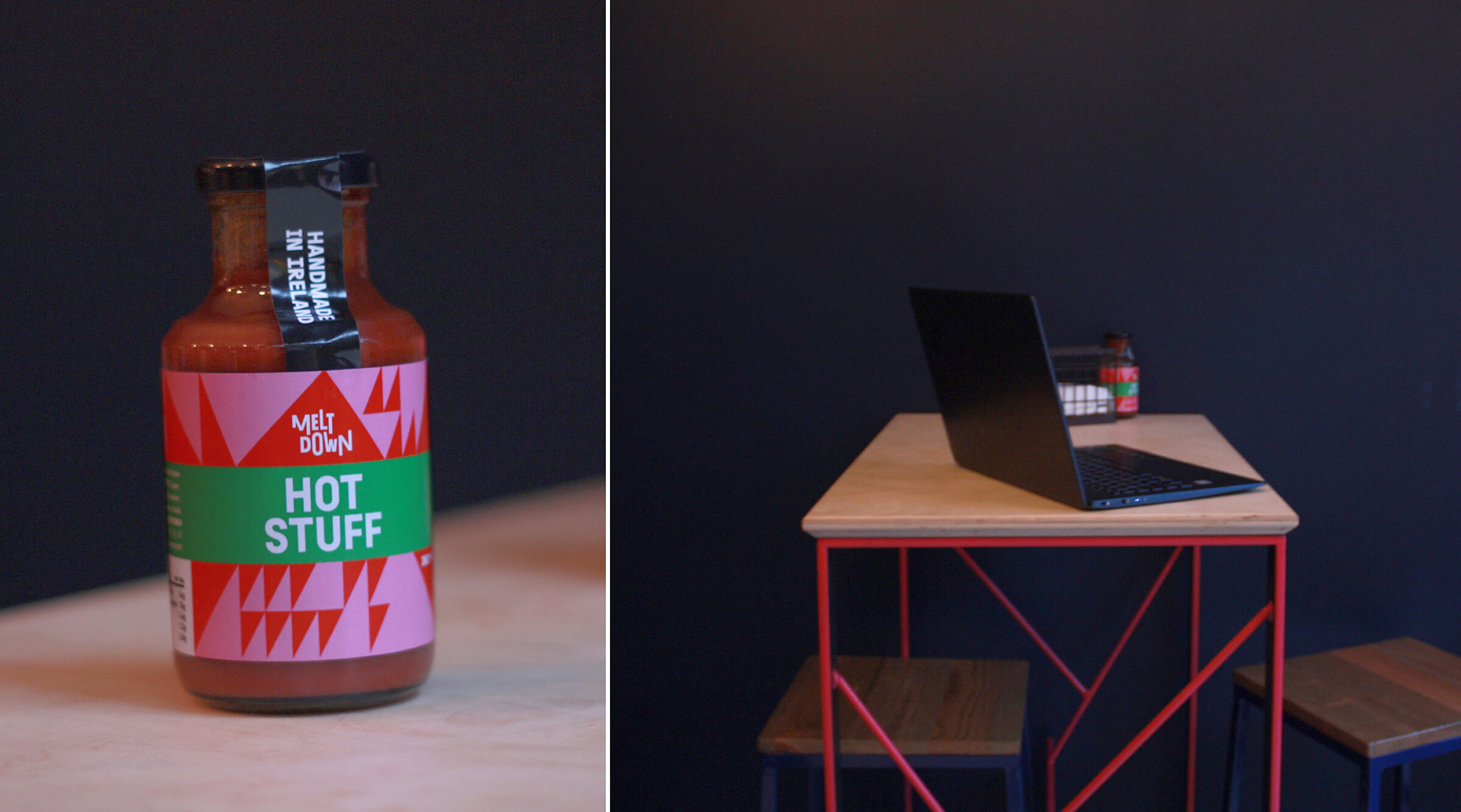 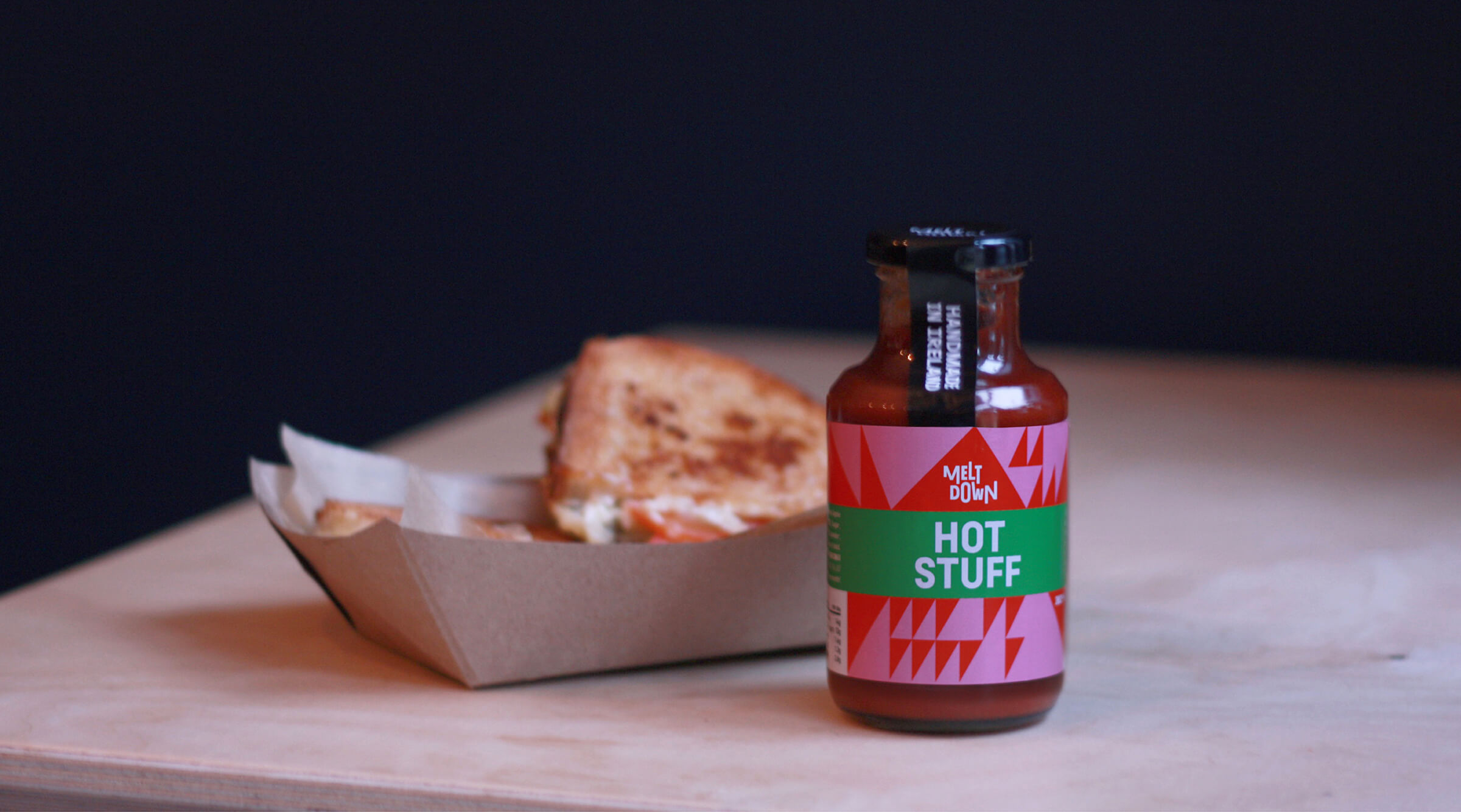 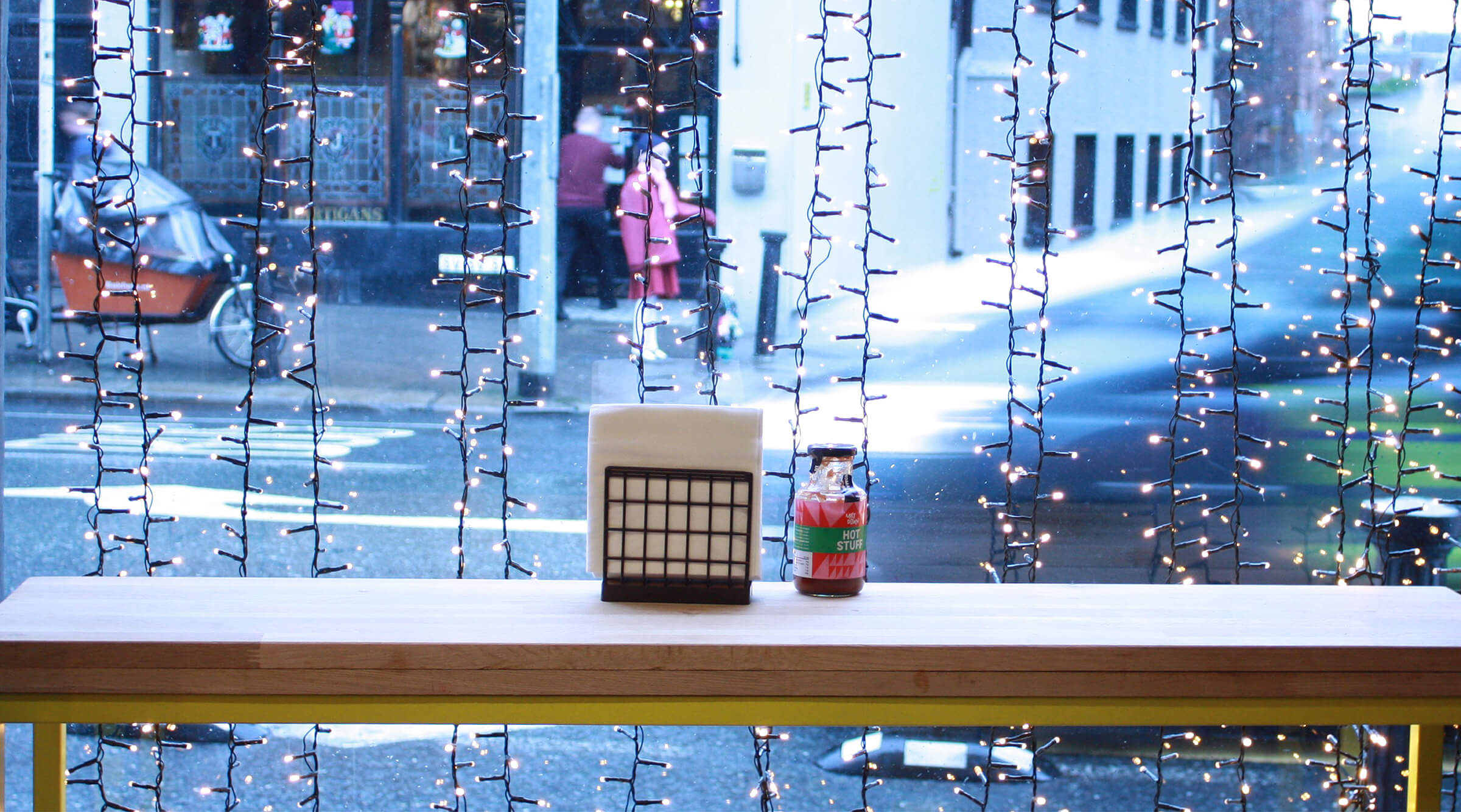 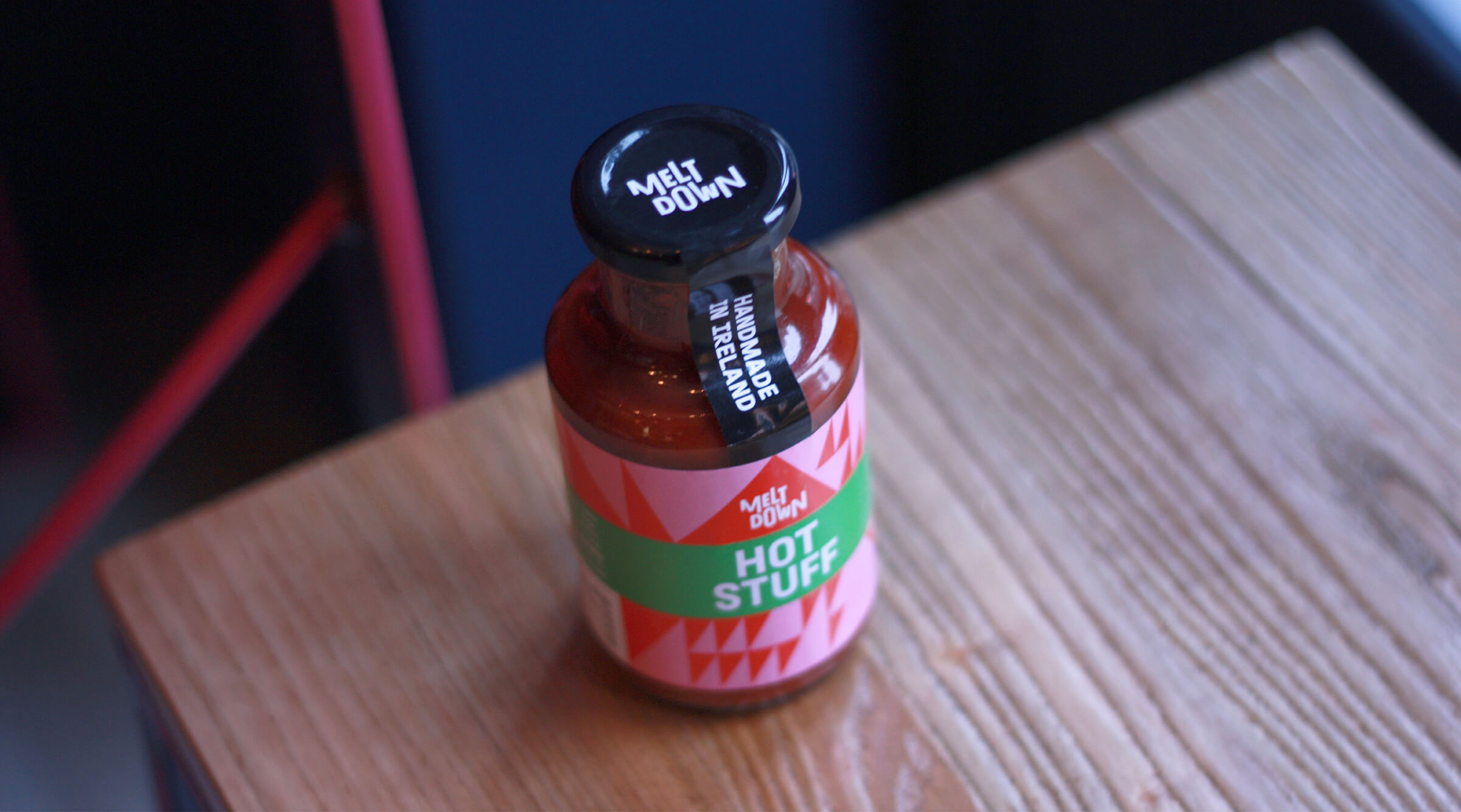 Meltdown is Dublin based café specialising in toasted cheese sandwiches and artisan coffee. Meltdown were launching a new product, a hot sauce named ‘Hot Stuff’ that they would sell at their cafés and in local shops. They approached me to design the packaging which was to reflect their current café branding (which I had previously designed). I adopted the triangular pattern and typography used in the Meltdown identity and used these elements when creating the new packaging design. The colours used were chosen as they hinted at the taste (a fruity hot sauce), stood out on a shelf against competitors, and complimented the colour of the sauce. As there were plans to bring out a range of sauces in the future I created a design that could be replicated (the name and colour would change), but on a shelf would sit well together forming a strong identity.