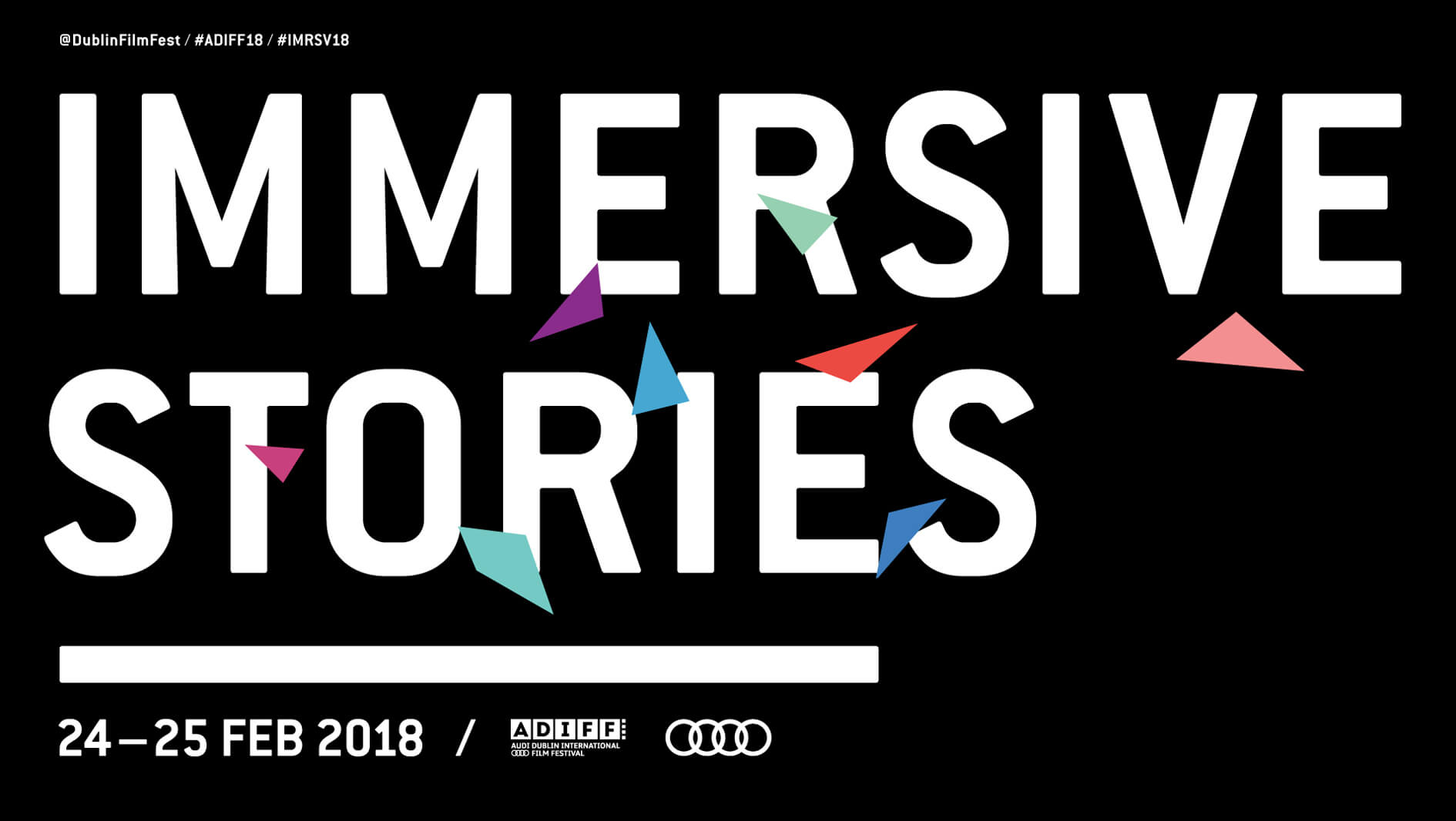 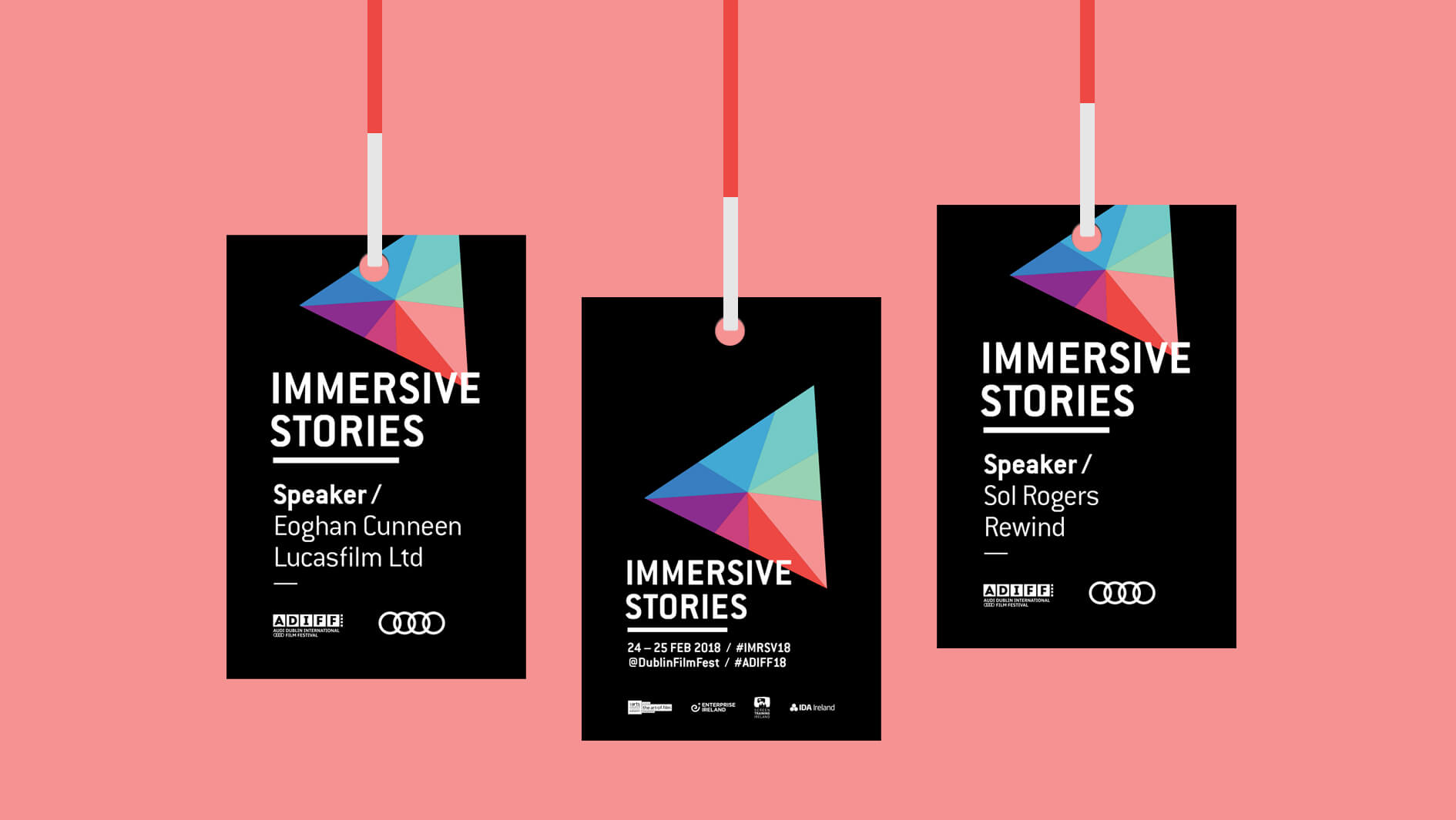 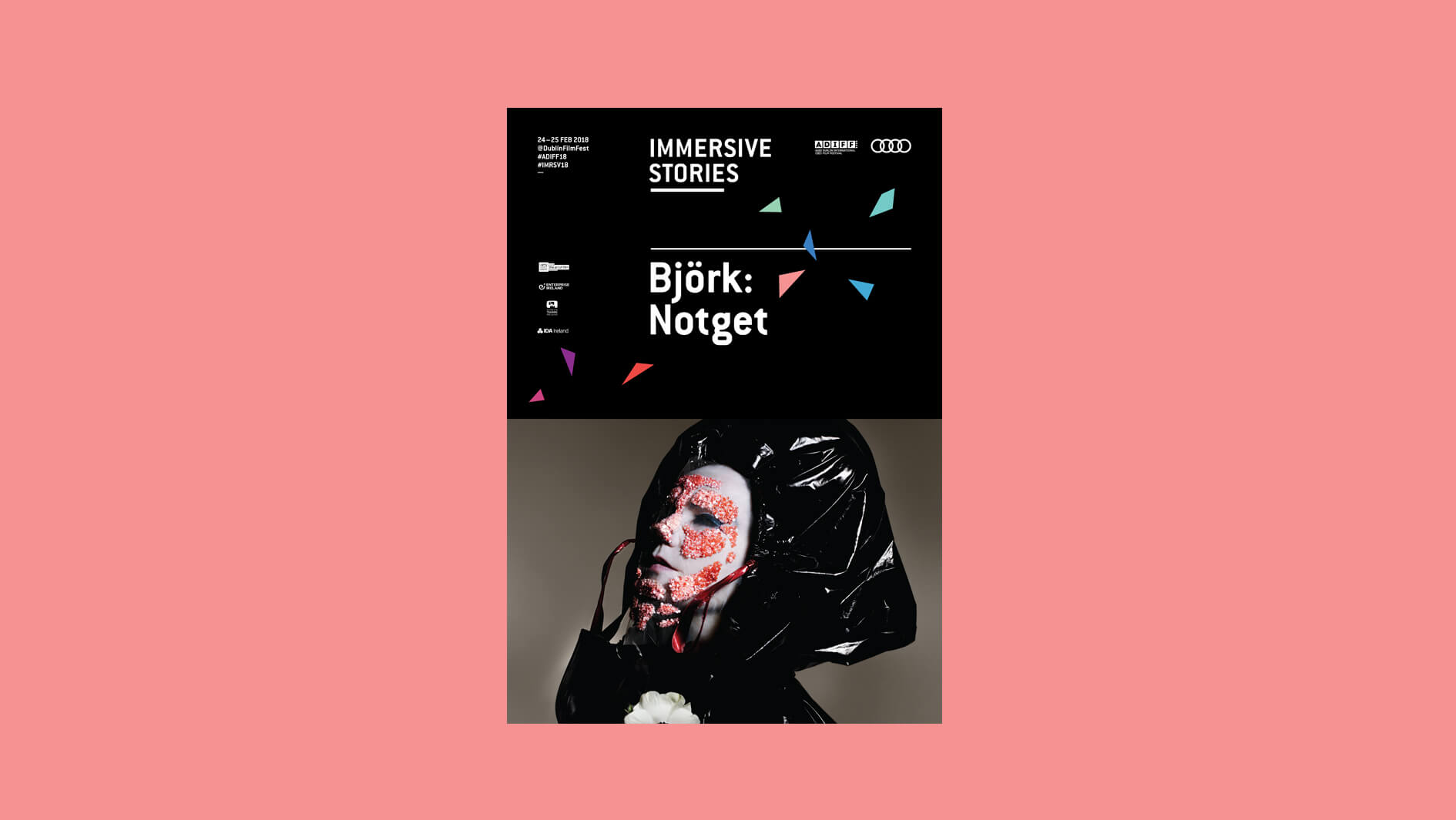 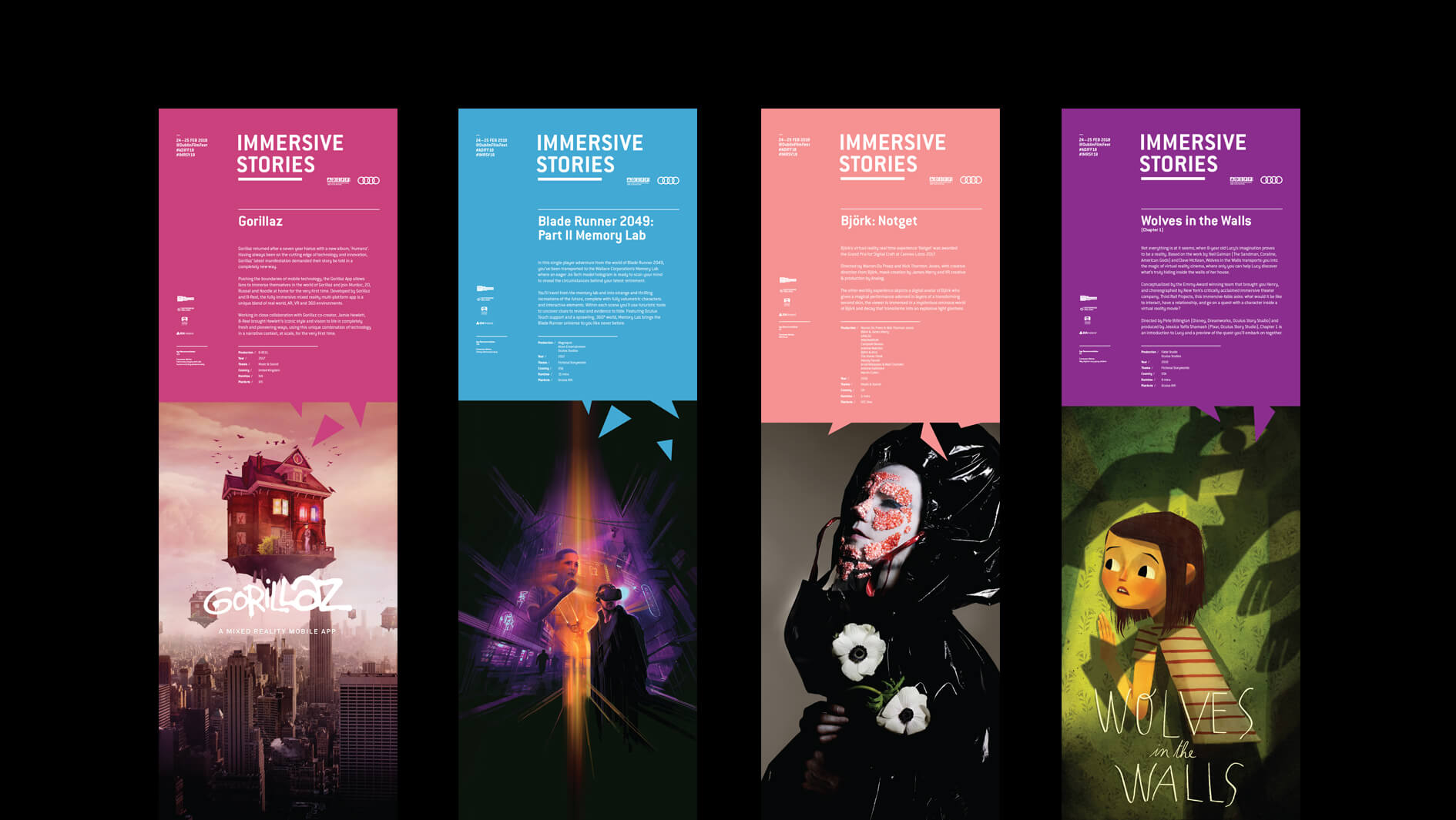 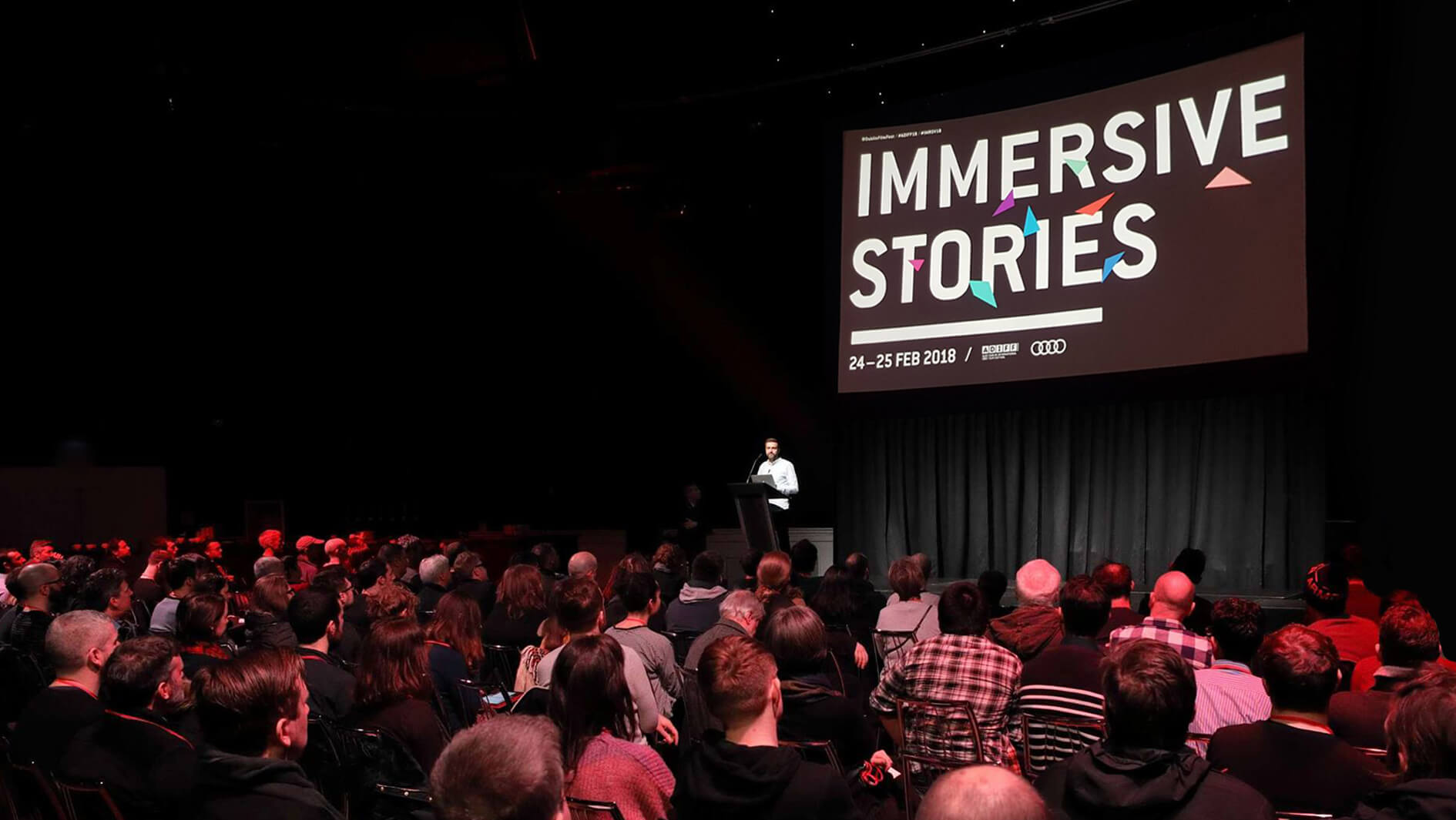 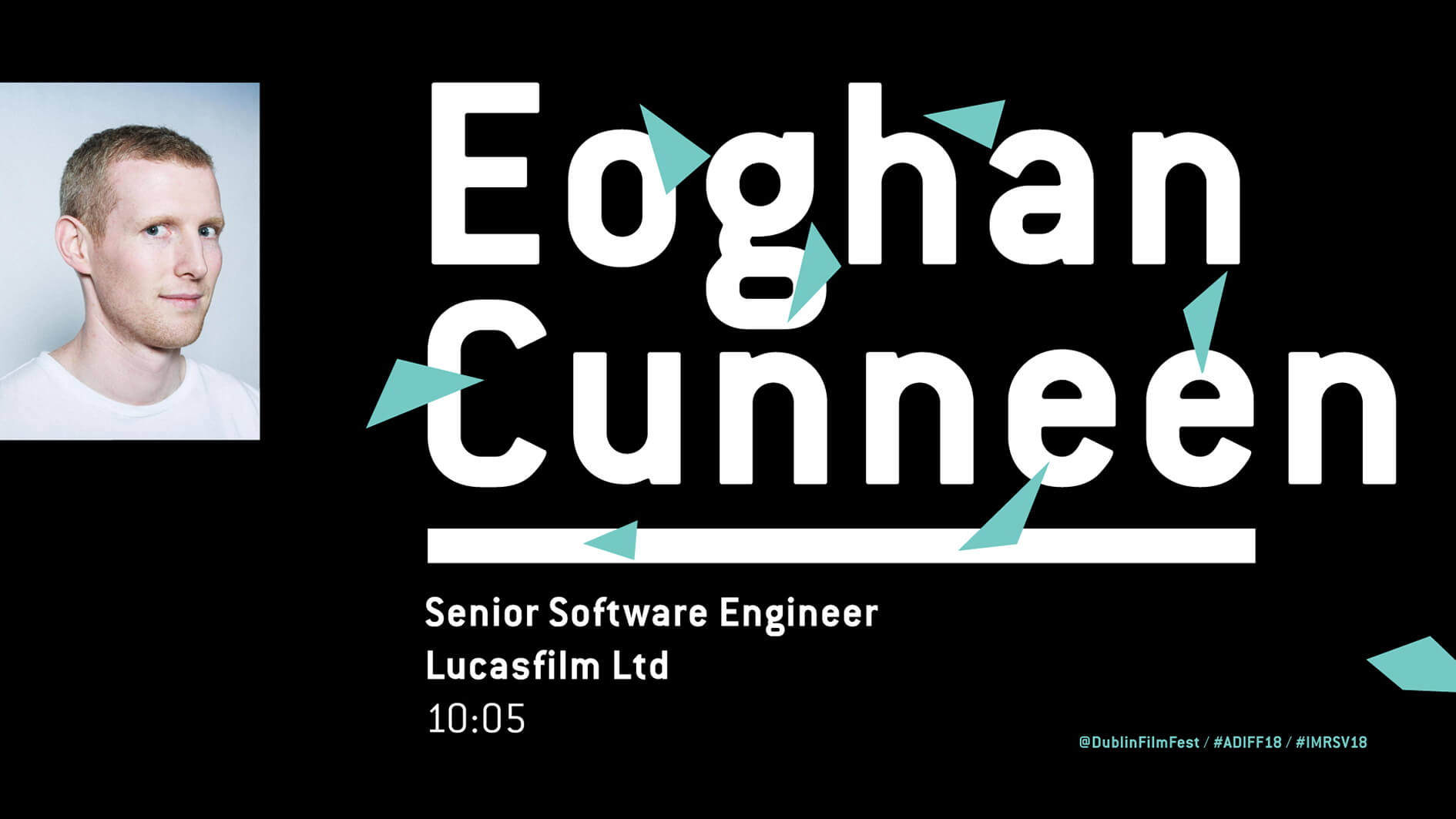 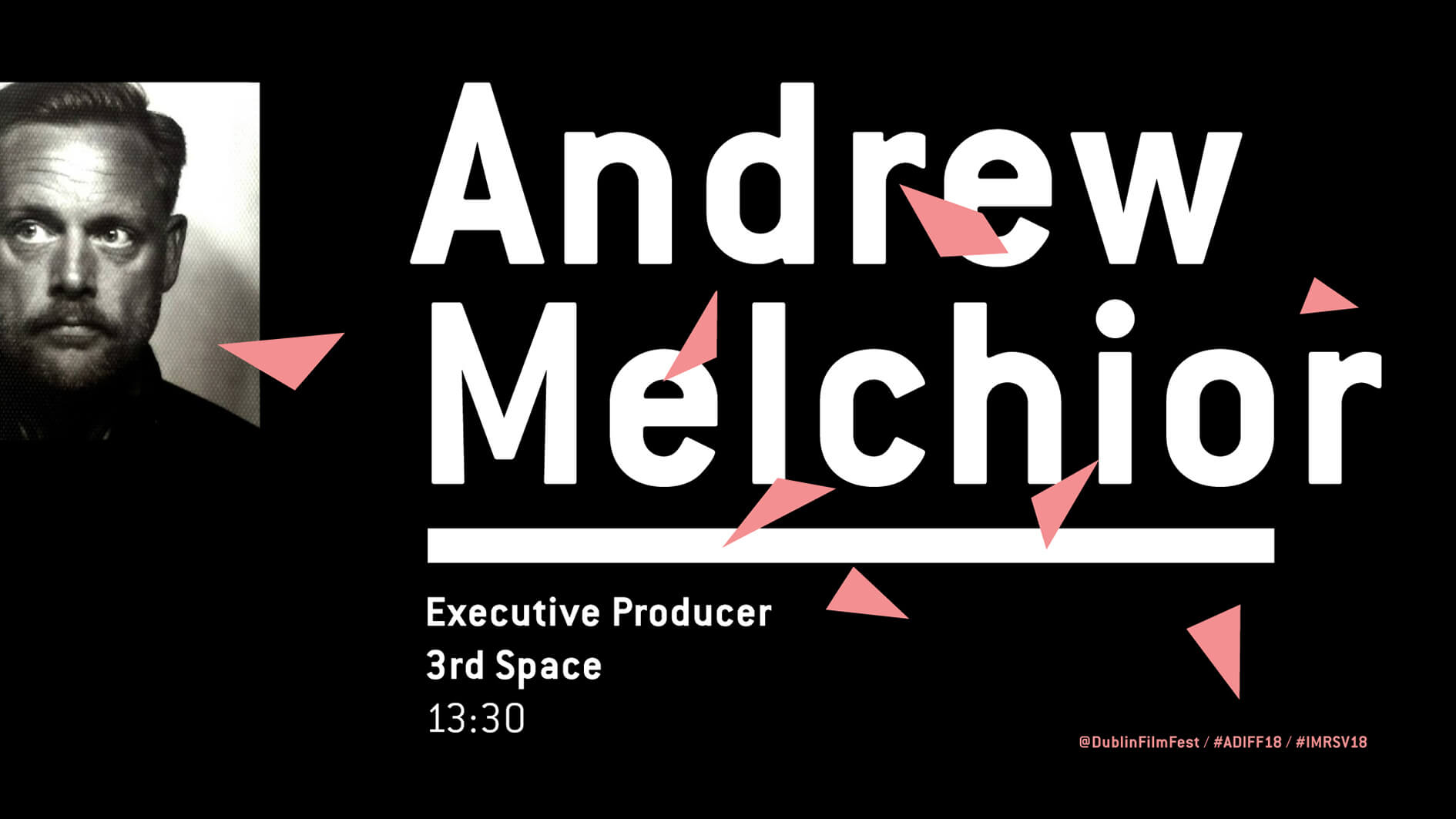 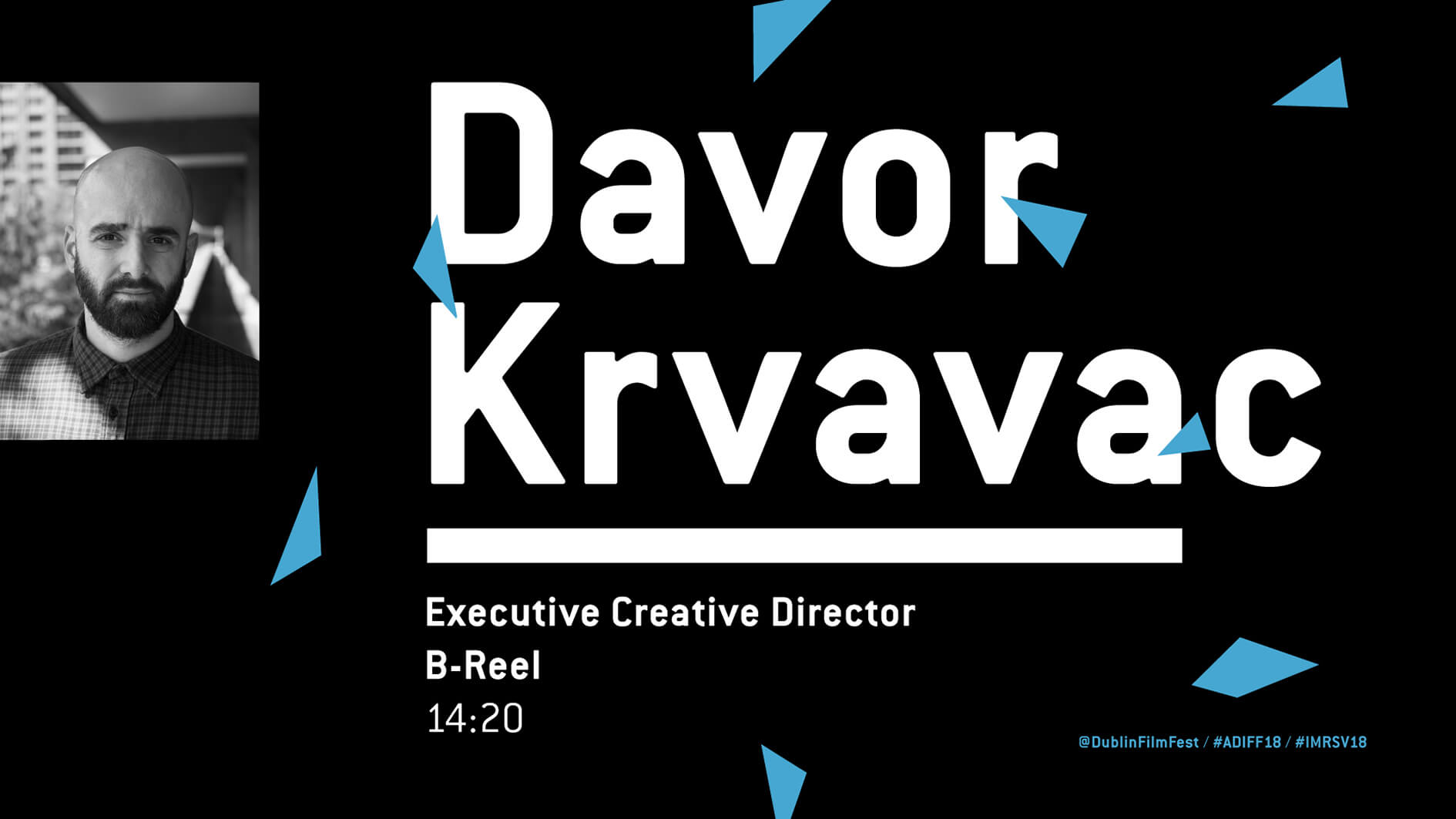 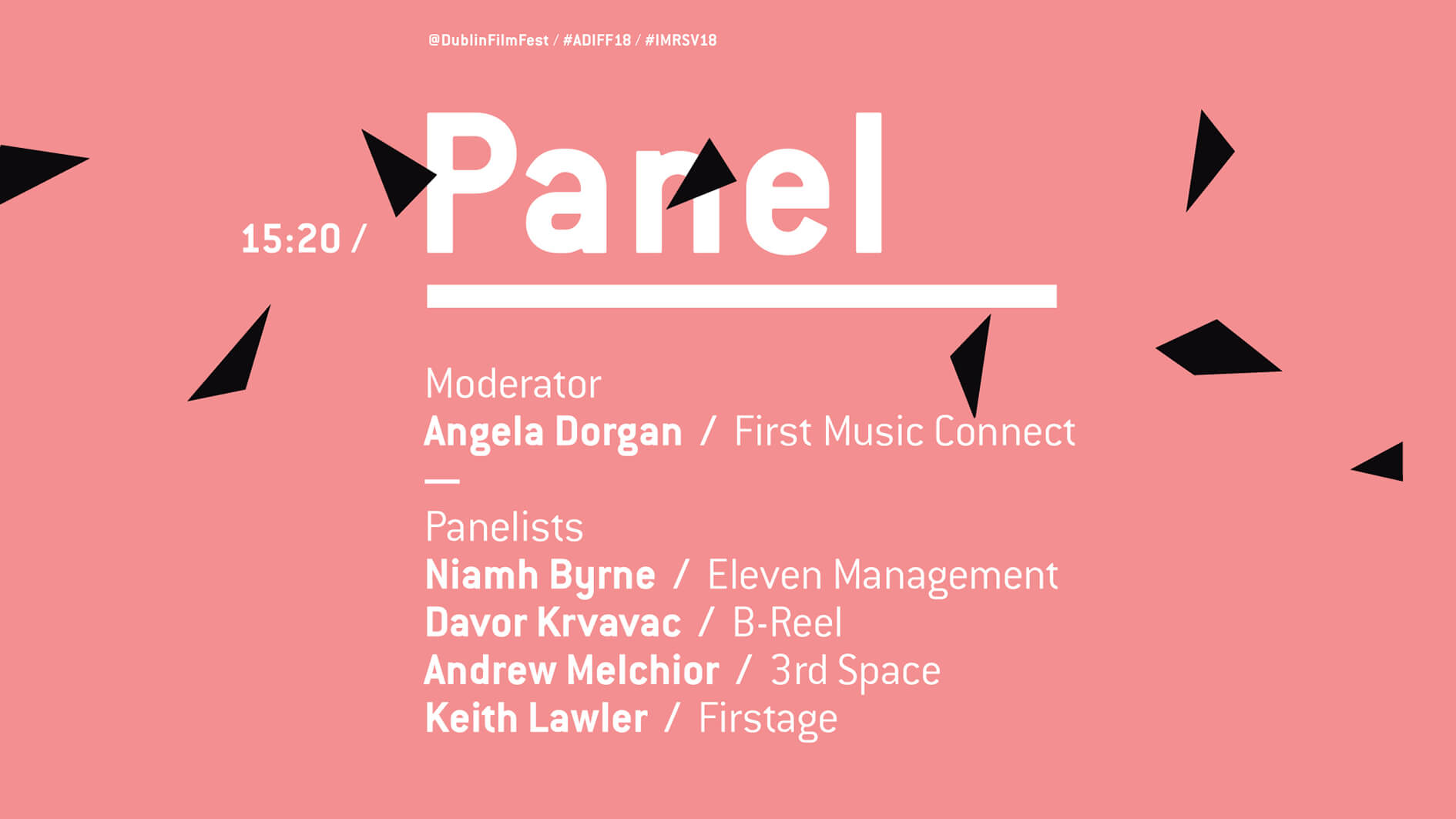 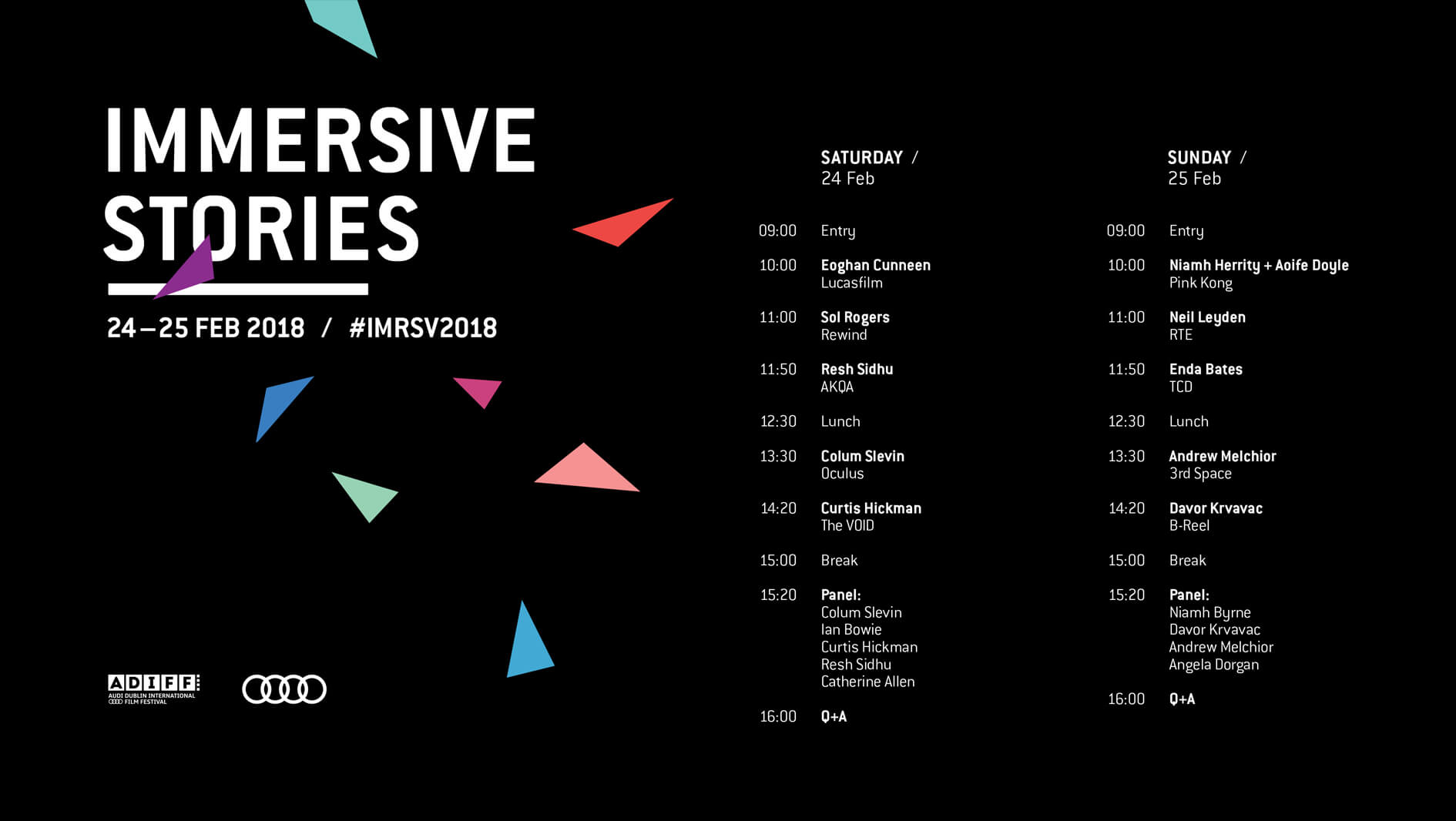 Immersive Stories is a Virtual Reality Conference held in Dublin as part of the Audi Dublin International Film Festival. The conference brings together pioneering thought leaders on virtual and augmented reality. It is held over two days in tandem with a virtual reality exhibition. The exhibition gives participants a chance to experience some of the best virtual and augmented Reality experiences. For the visual identity I created a series of shapes, each of which had their own colour. When these shapes came together they formed a triangle. The triangle represented the conference and the shapes the participants. The idea being all these different people and ideas coming together for this event. In the conference each speaker was given a colour which was used to introduce them and similarly in the exhibition each stand had it’s unique colour which would help you to distinguish between the exhibit sections.