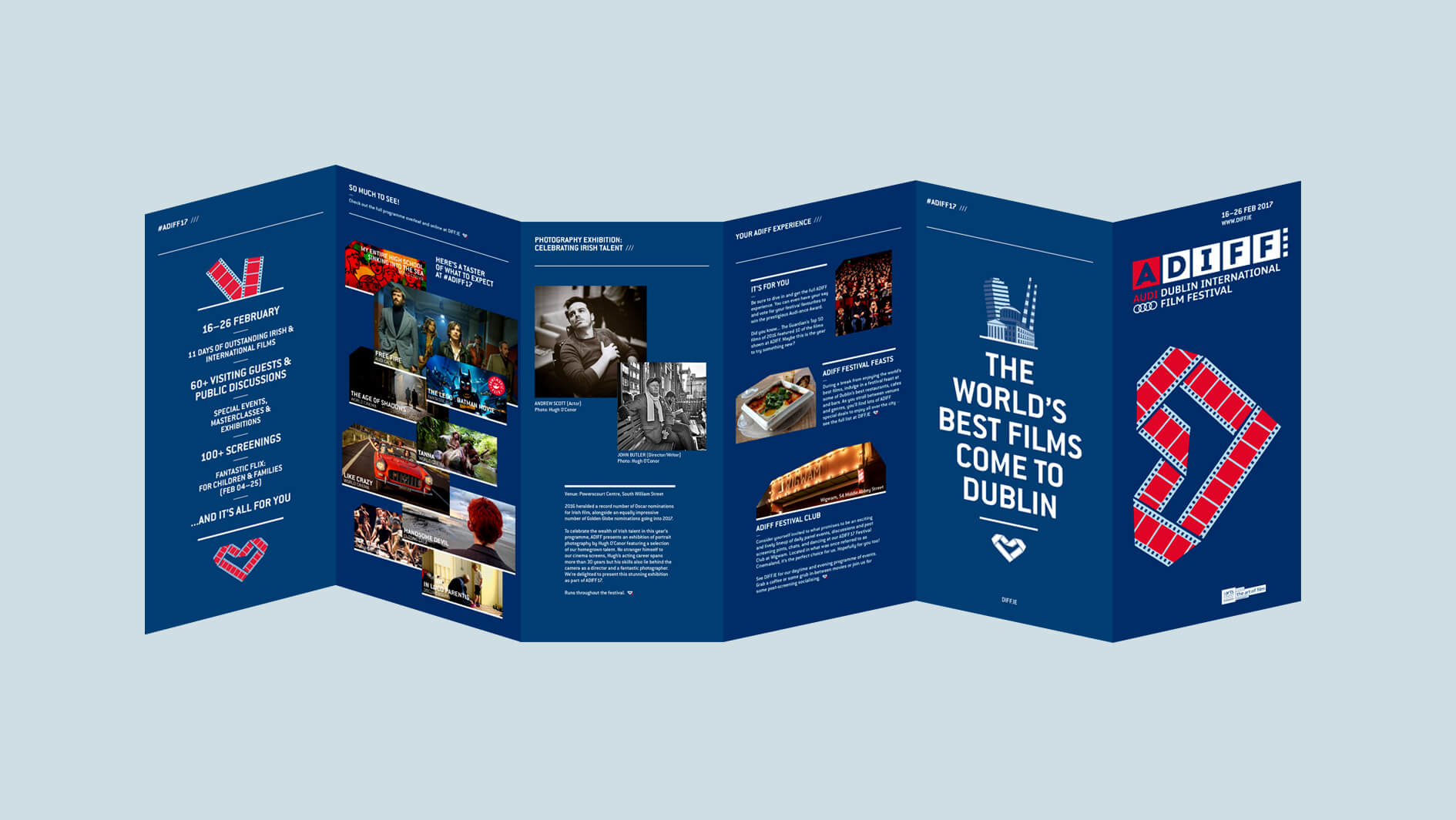 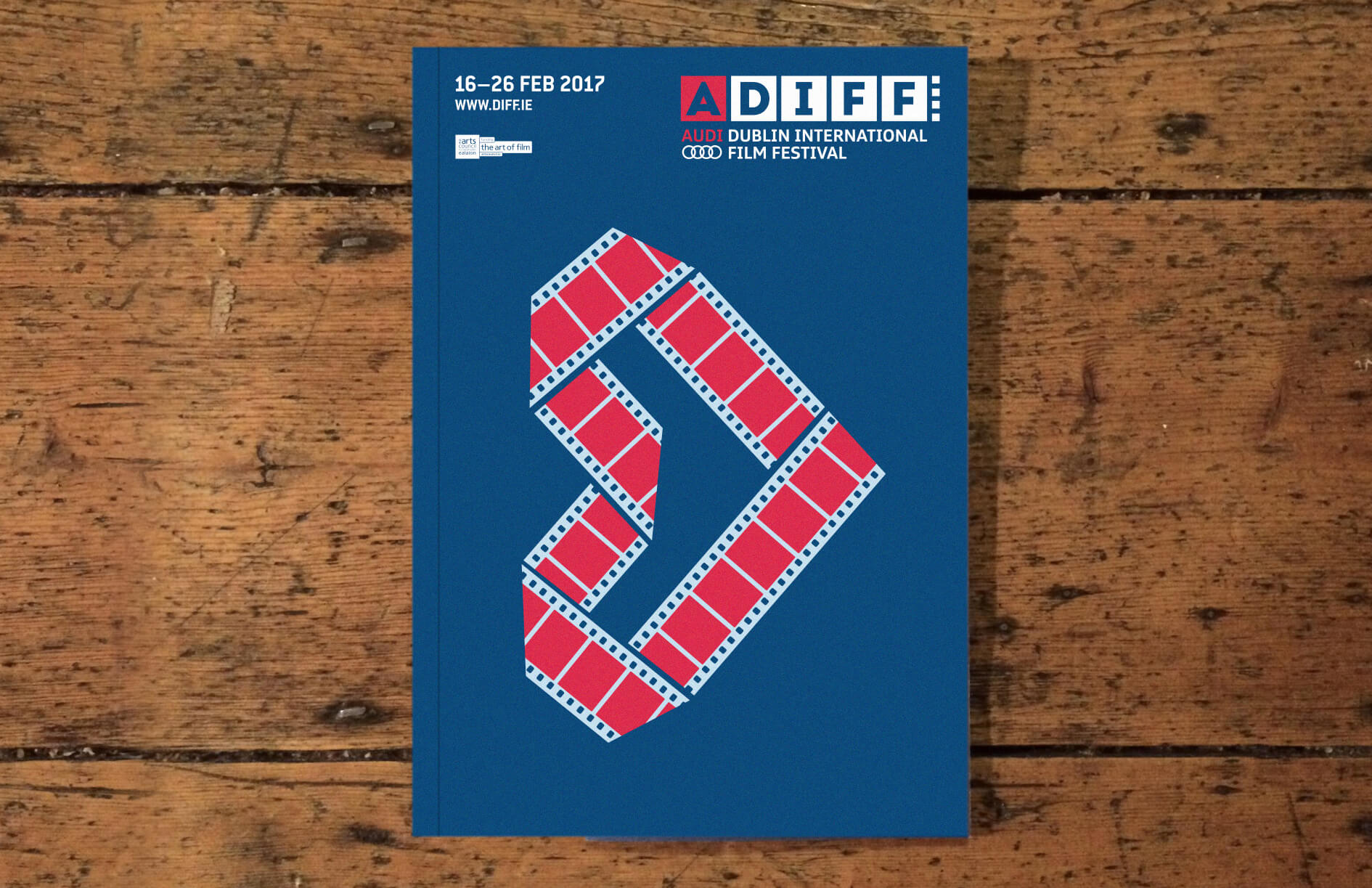 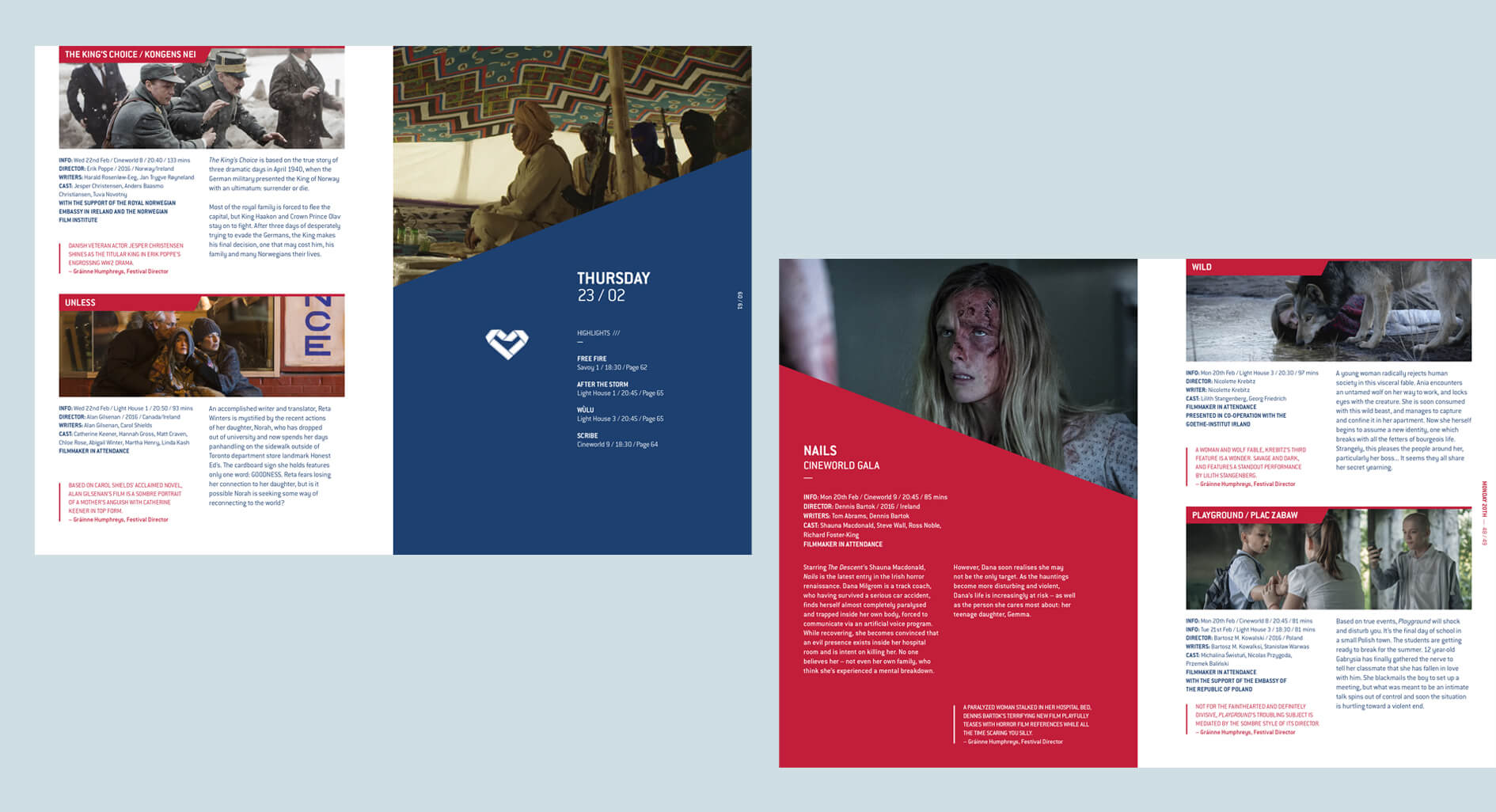 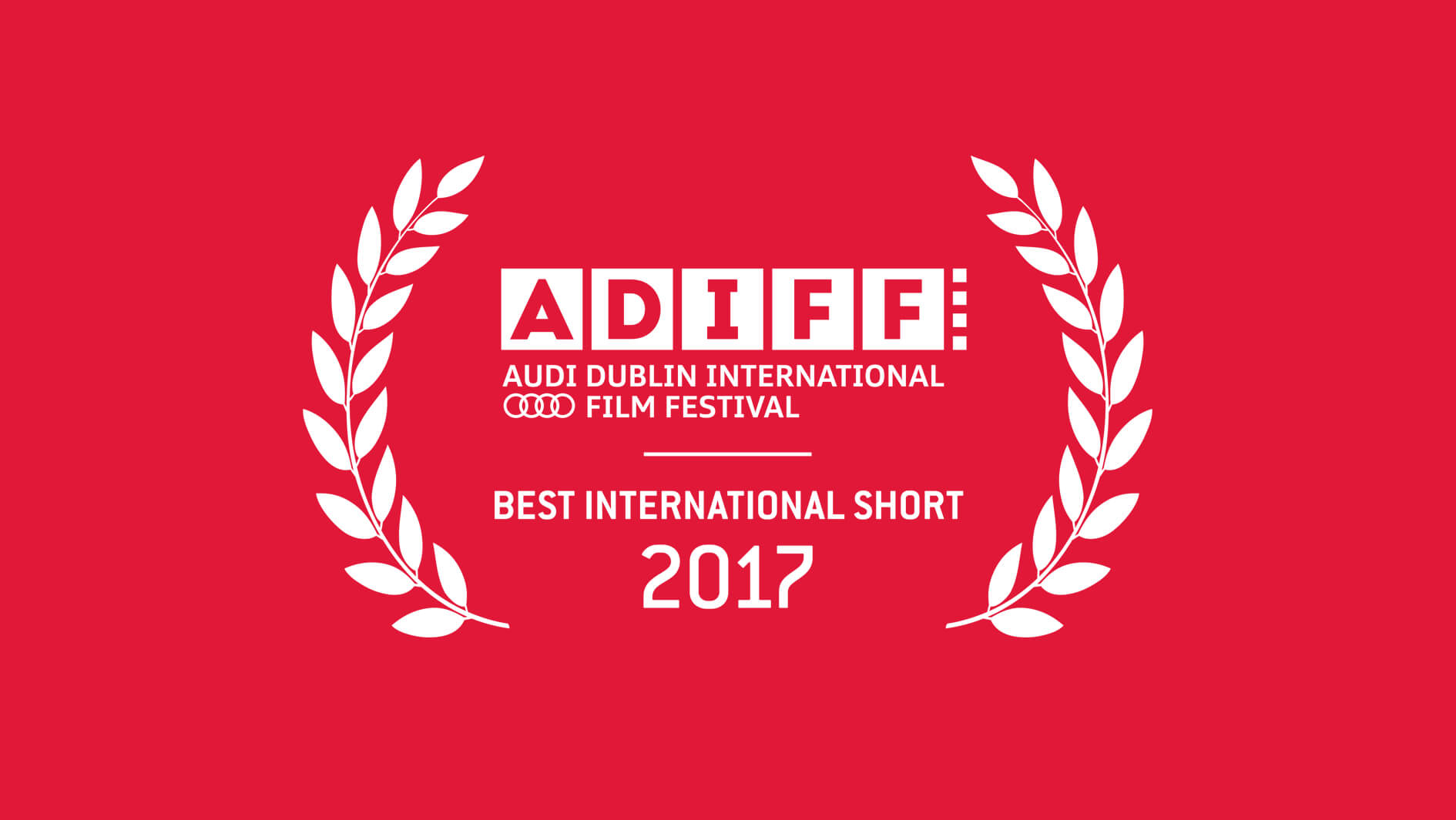 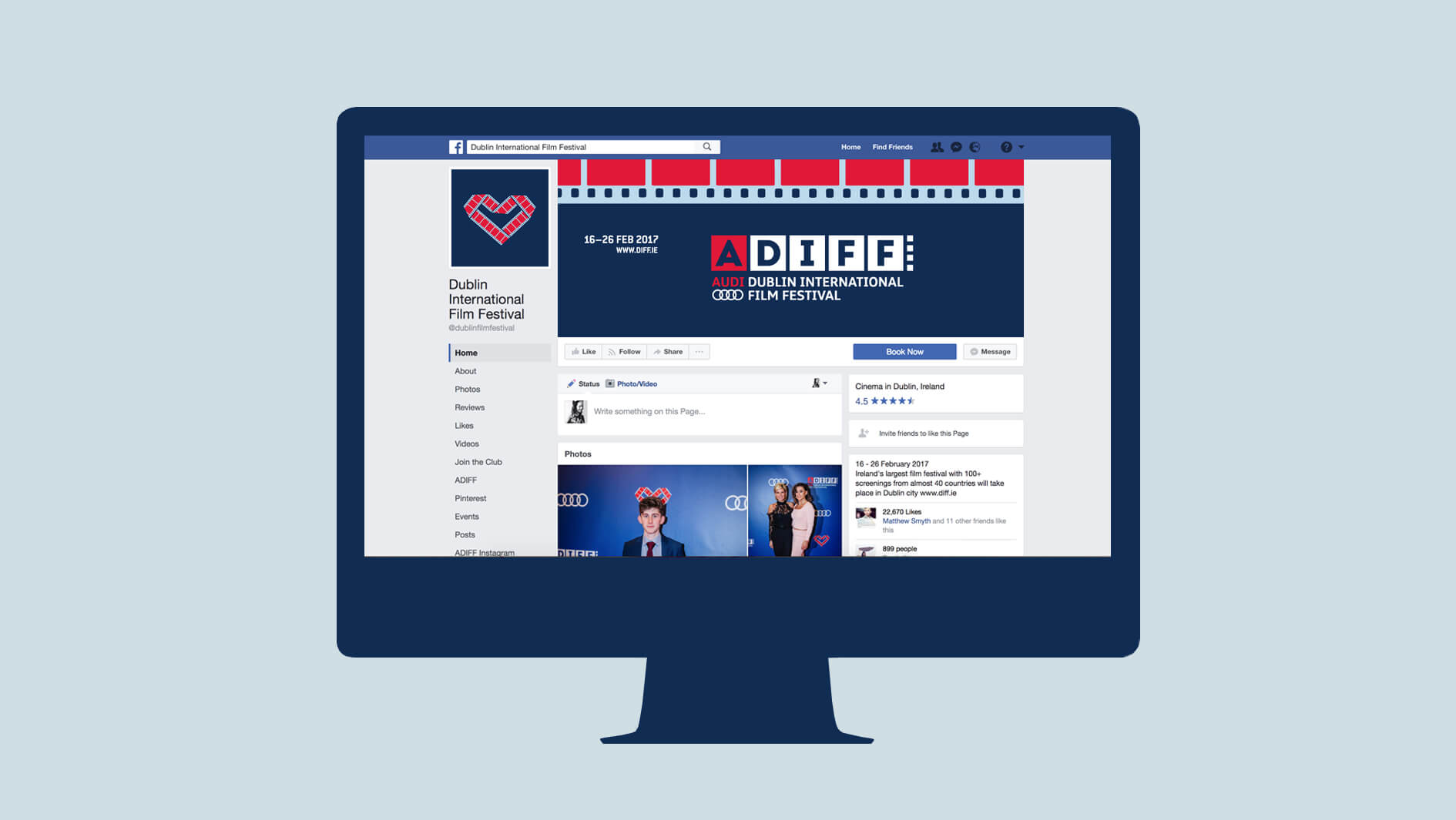 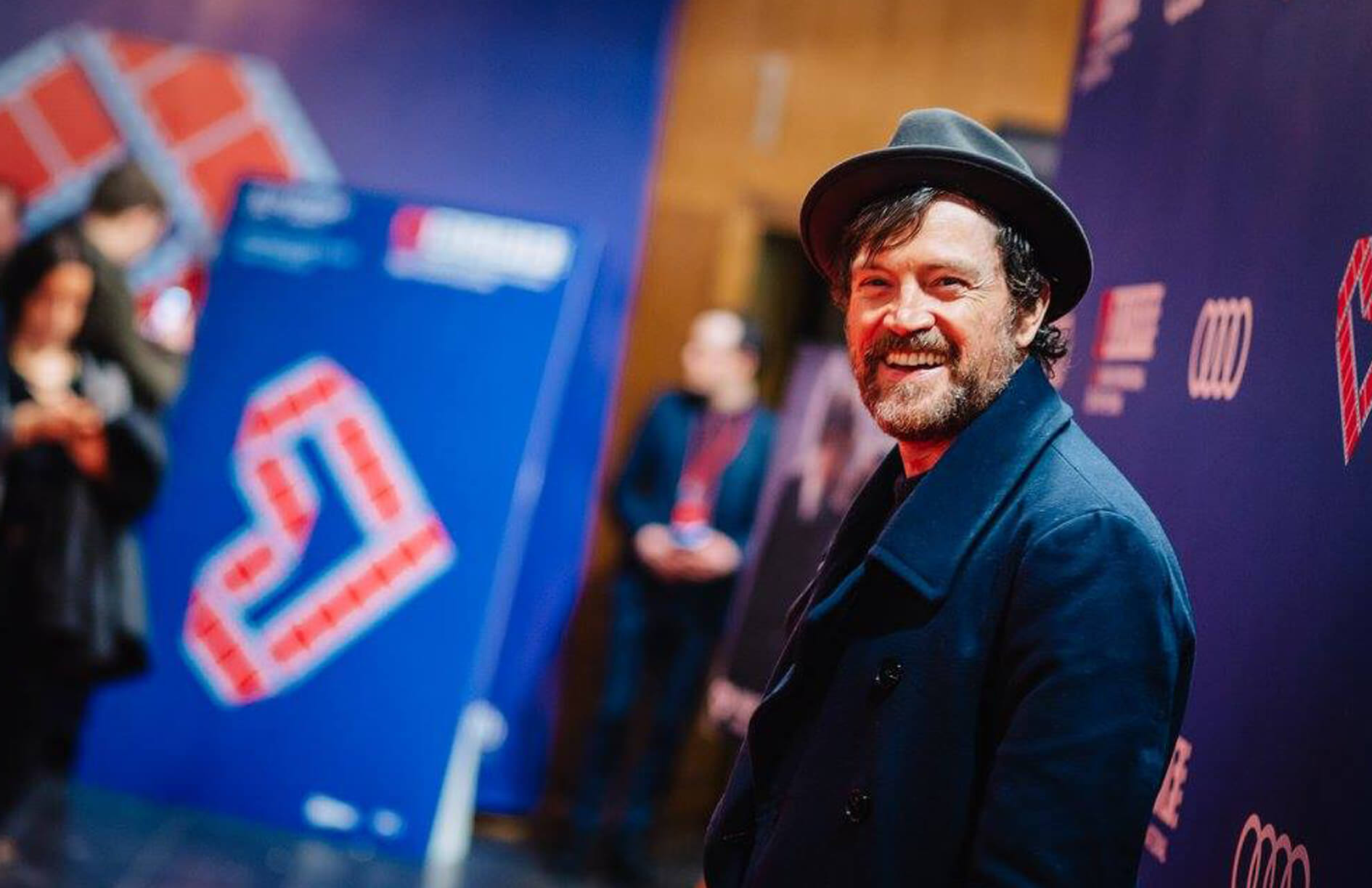 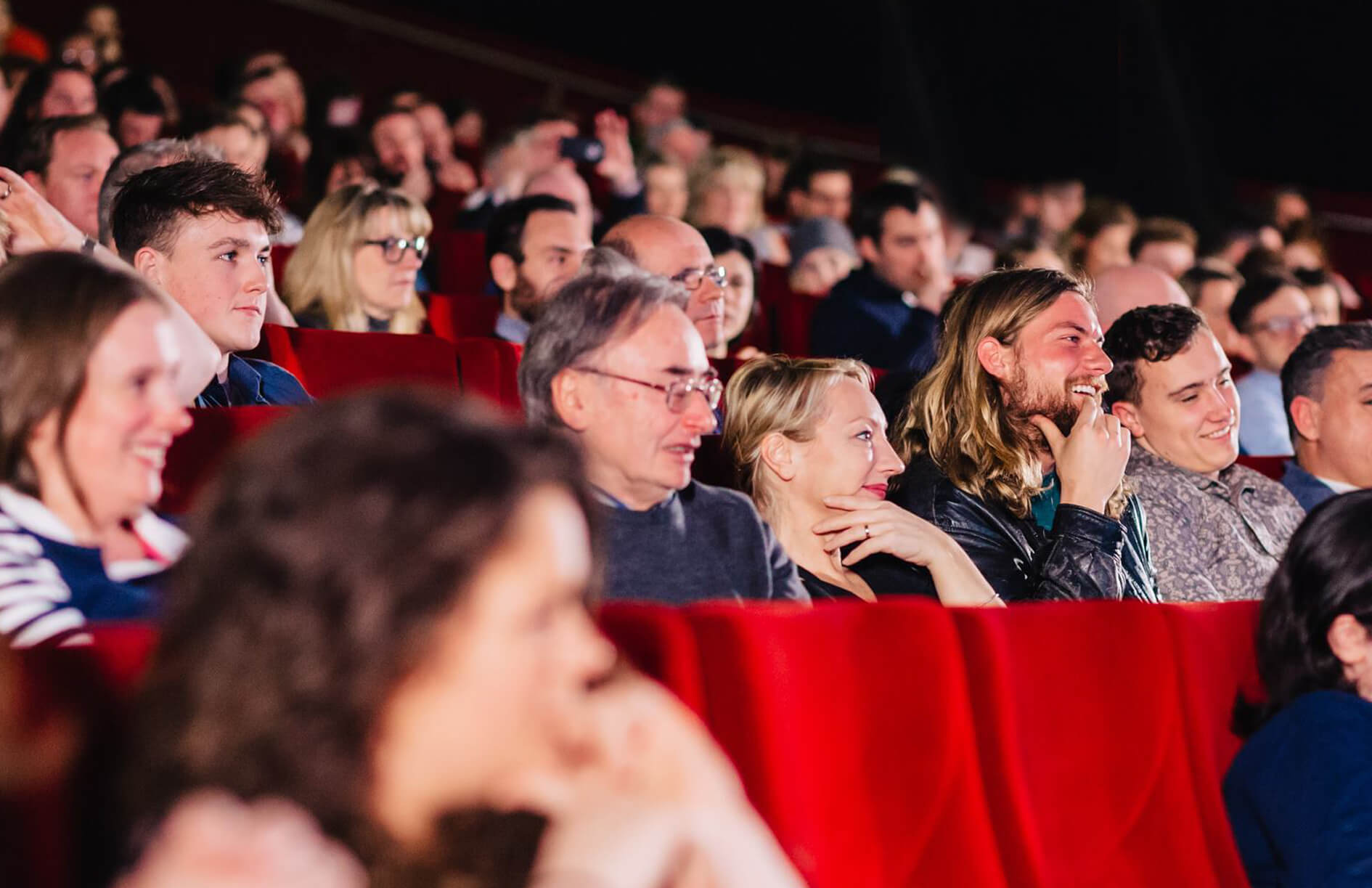 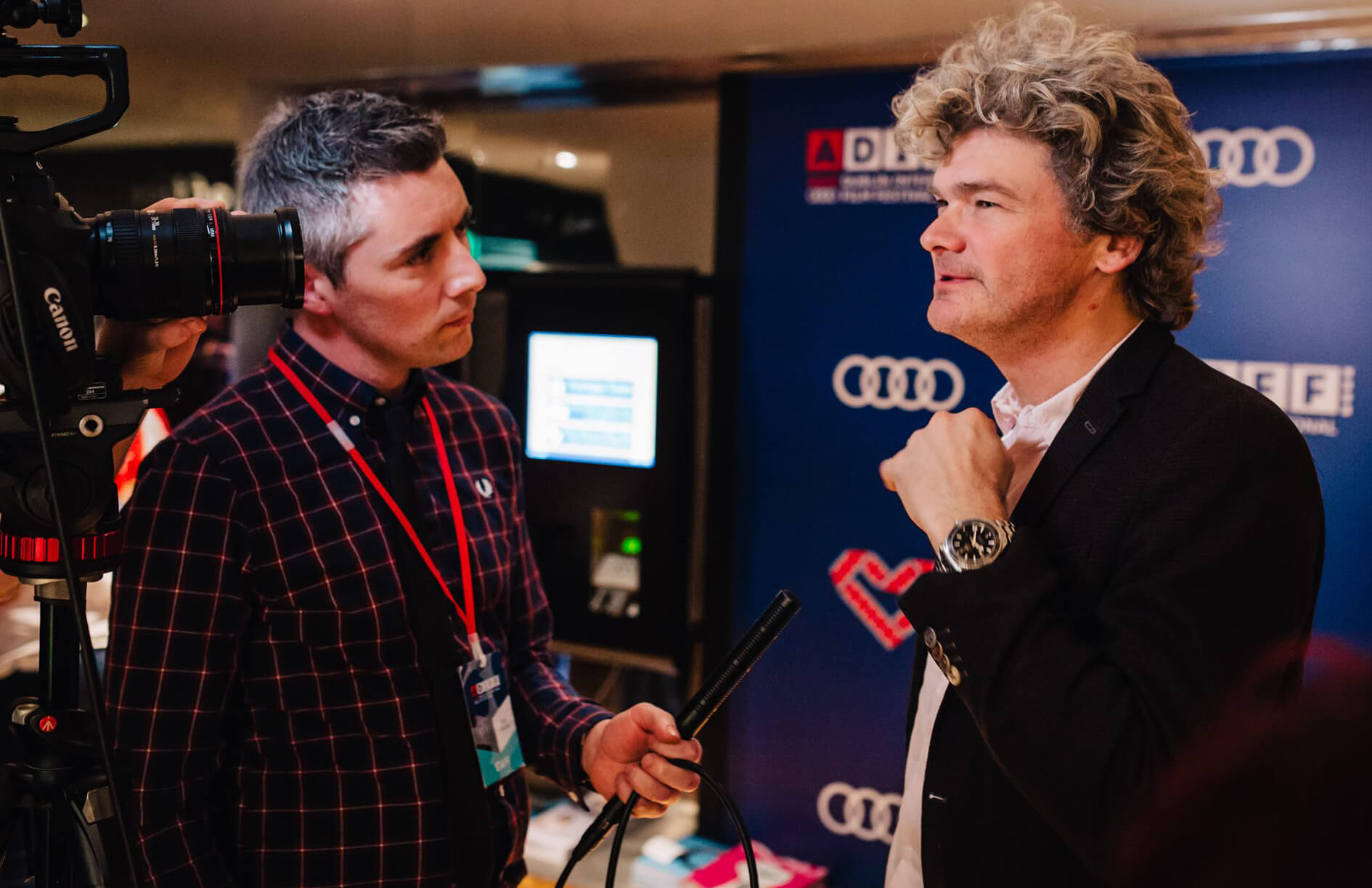 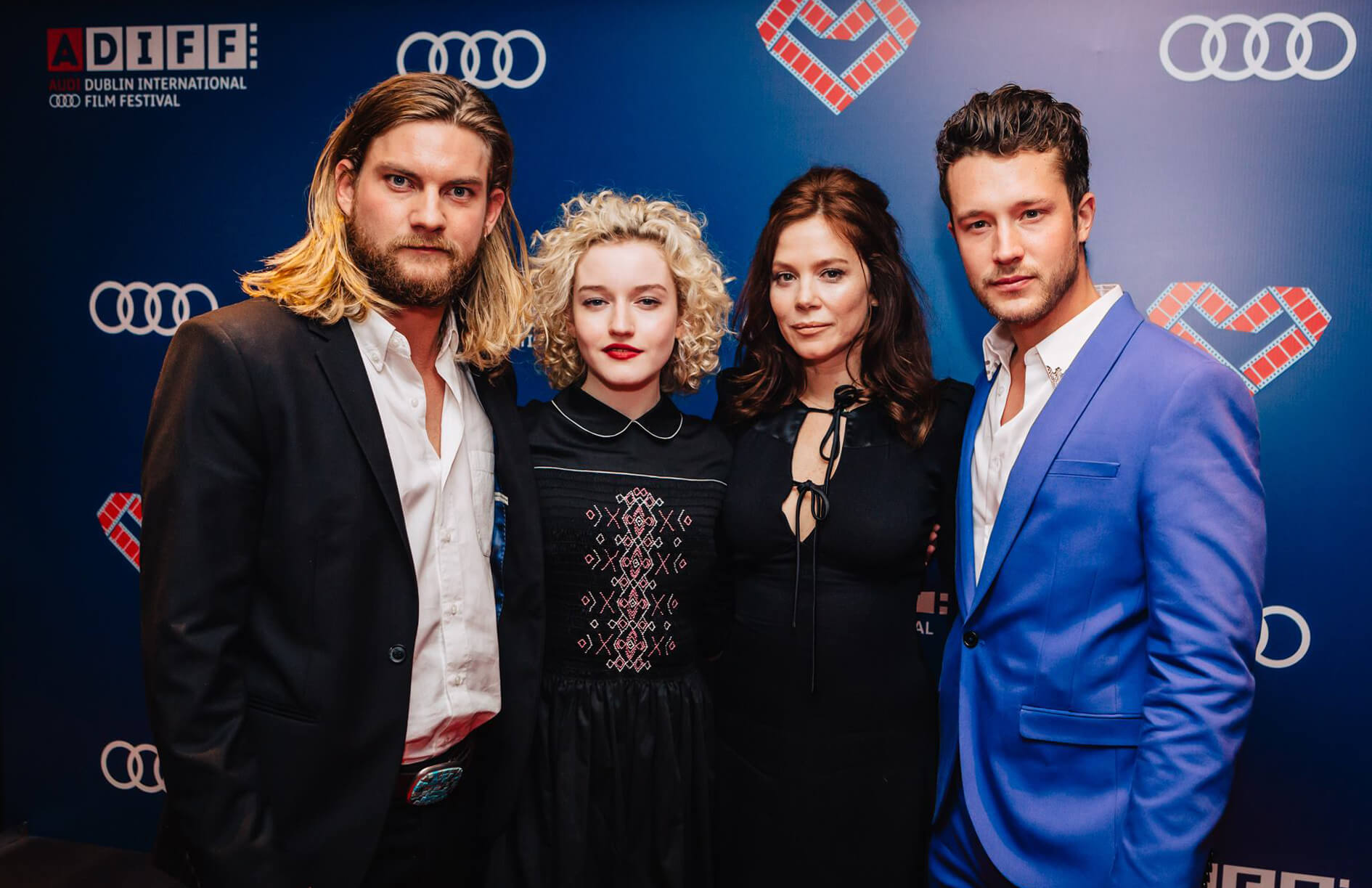 The Dublin International Film Festival is Ireland’s largest film festival. It aims to curate and present the best in emerging International and Irish film. It offers audience interaction and engagement with filmmakers, actors and industry professionals, along with informed debate about the future of film as an art form. While discussing the festival’s values and visions with the production team it was clear that the festival greatly values it’s audience members. “ADIFF loves its audience and its audience loves film” was a key phrase in the development of the identity. The idea of using a heart came from this and became the symbol for the festival. The heart graphic together with the bold colour palette became a very iconic, visible image around Dublin in the promotion and run-up to the festival. This project involved design of the festival programme, mini-programme, design of paraphernalia such as newspaper adverts, passes, tickets, posters, pre-film slides, flyers and other promotional material.