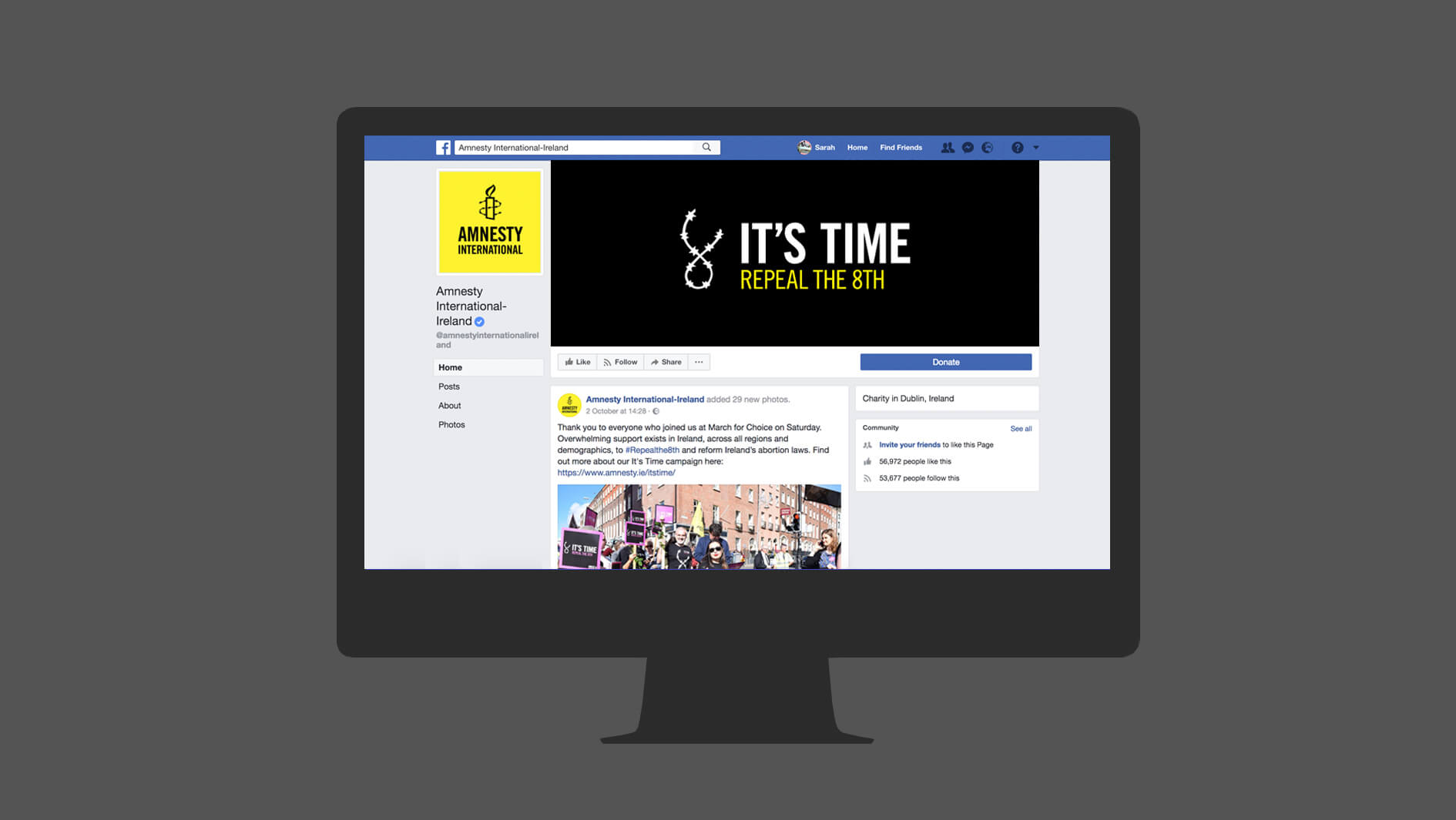 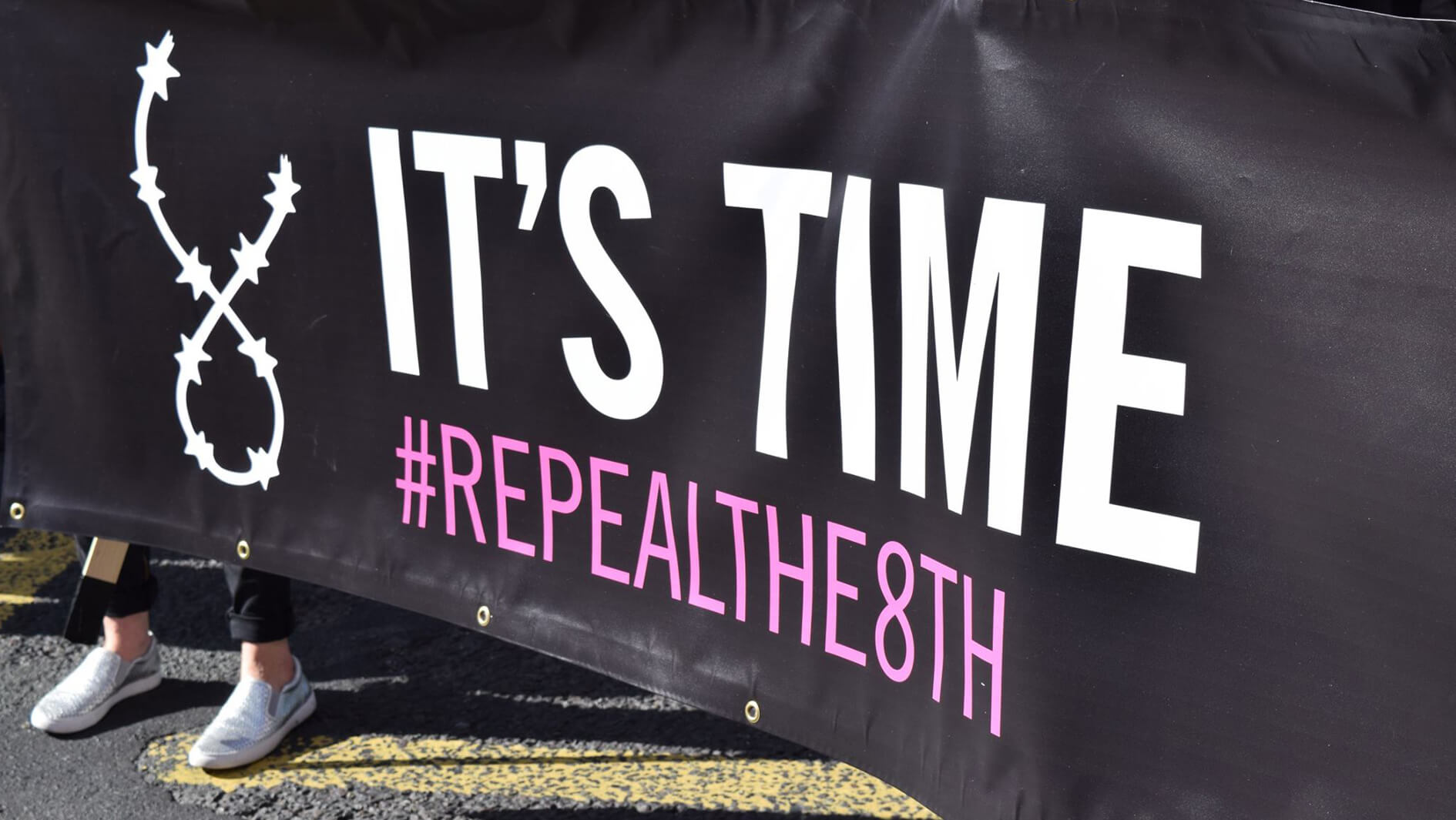 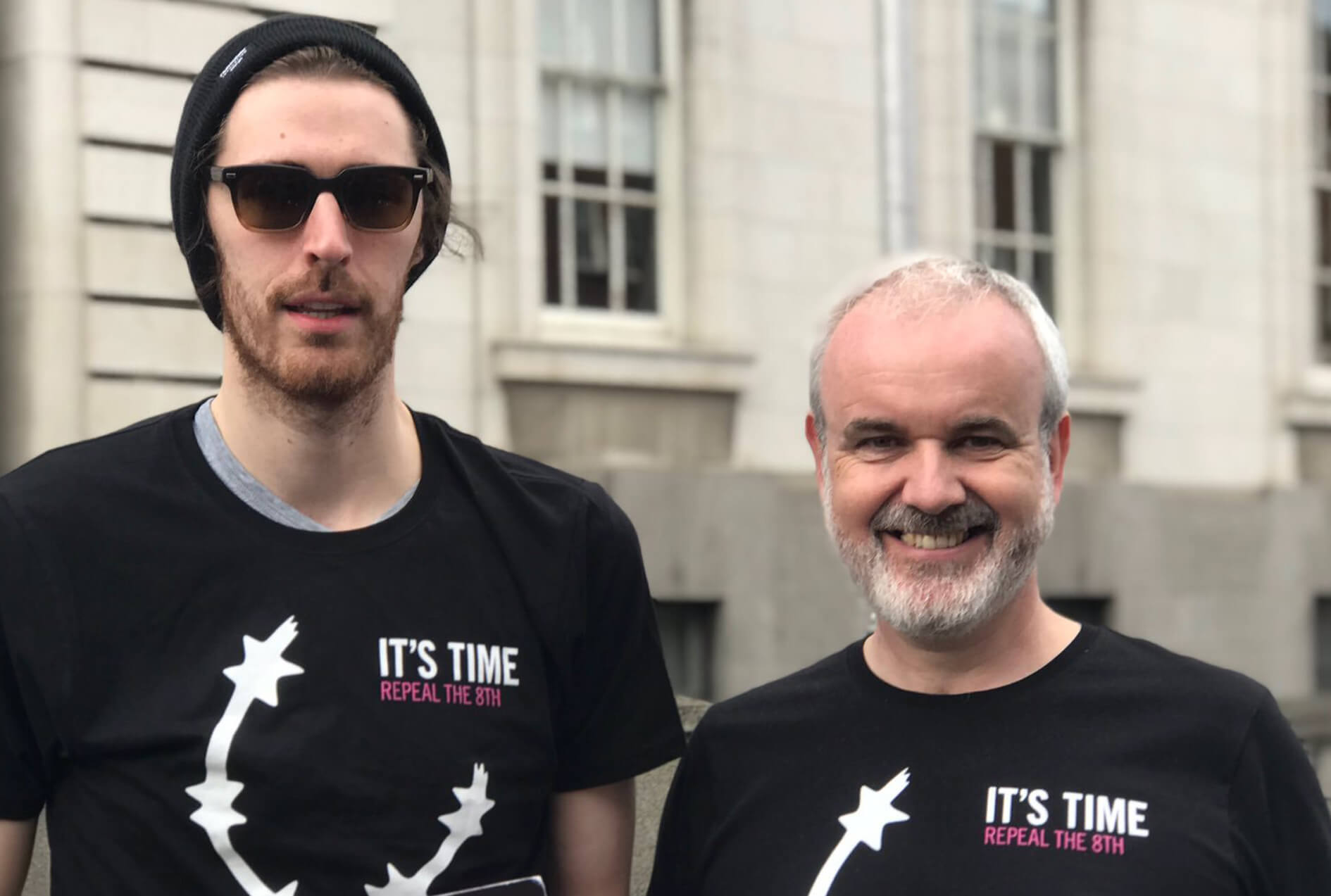 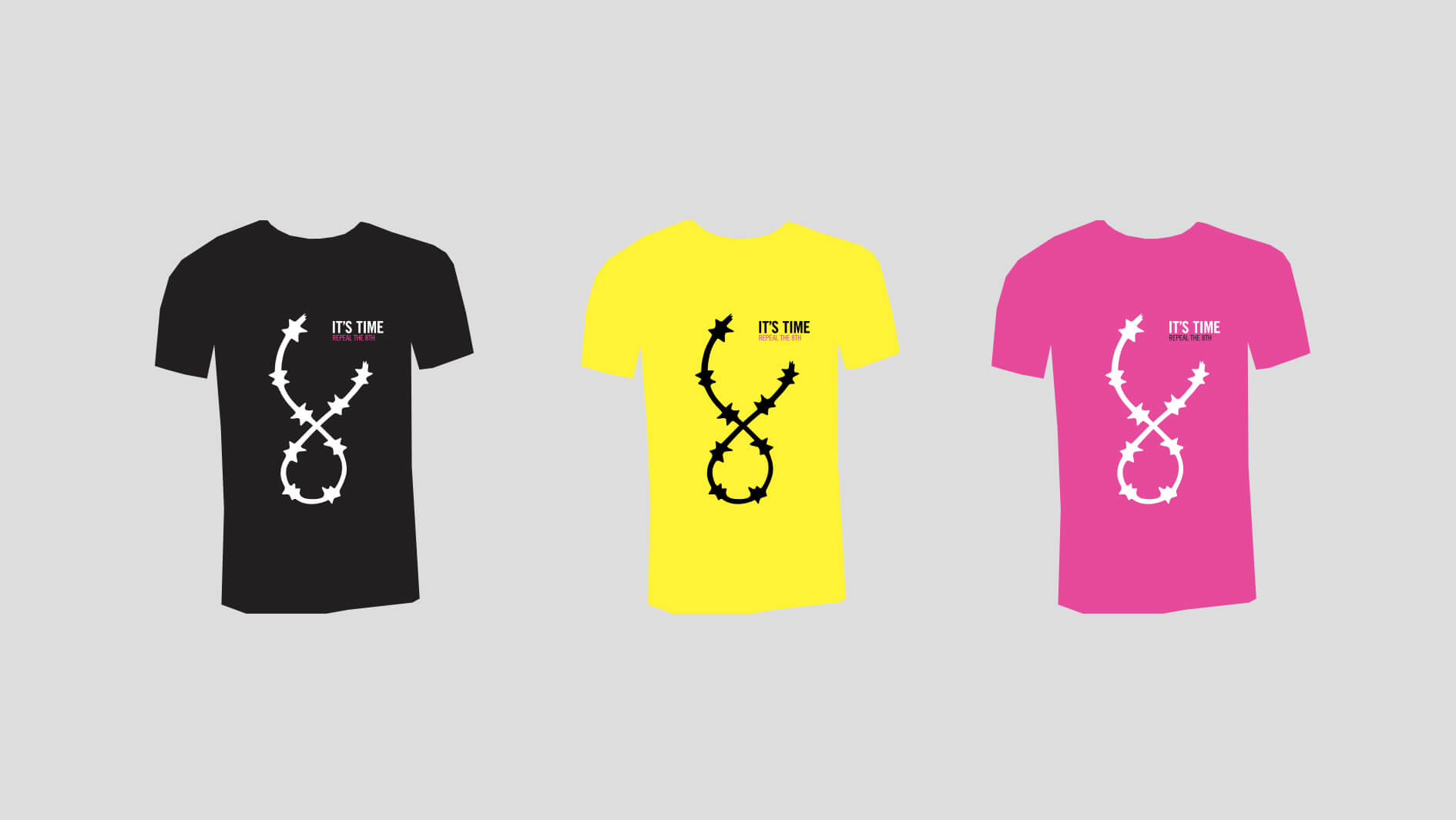 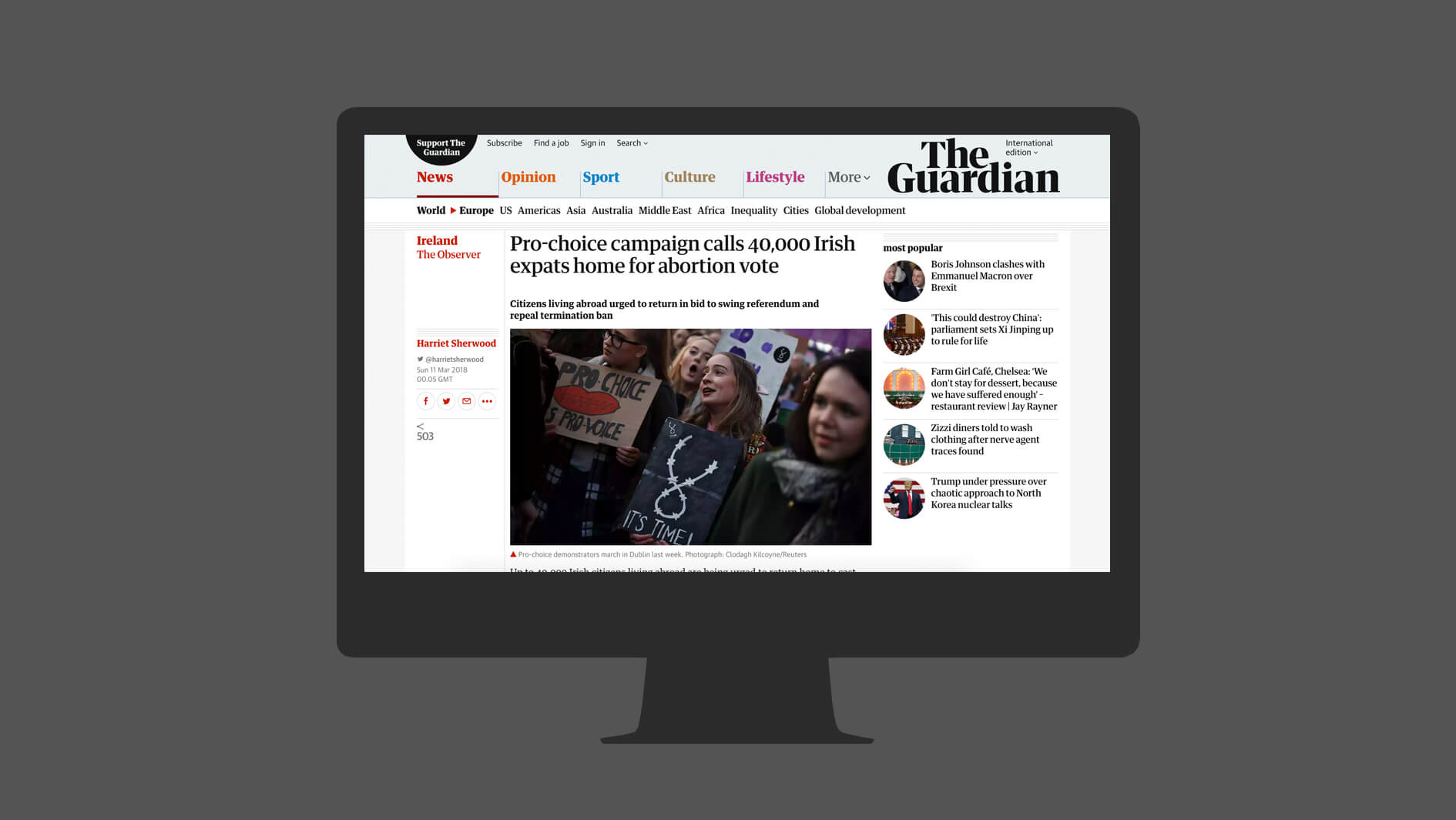 Amnesty approached me to design a logo for their 'Repeal the 8th' campaign. The campaign calls for a repeal of the Eight Amendment of the Constitution of Ireland, which restricts access to abortion. Amnesty wanted the tone of their campaign to be bold, authoritative, proud and positive. The logo was to sit well with Amnesty's visual identity. I created an image of a broken 8. The 8 was made of barbed wire (similiar to their brand logo) which was frayed at the break. The image is bold and graphic and was accompanied by the campaign title It's Time and sub line Repeal the 8th. The colours black, yellow and pink were used for the design...these were loud and proud and helped shout out the message, while also referring to the Amnesty colour palette.